Start THINKVIEWS The History Of Native Americans In The US, A Bloody Cruel Deprivation... 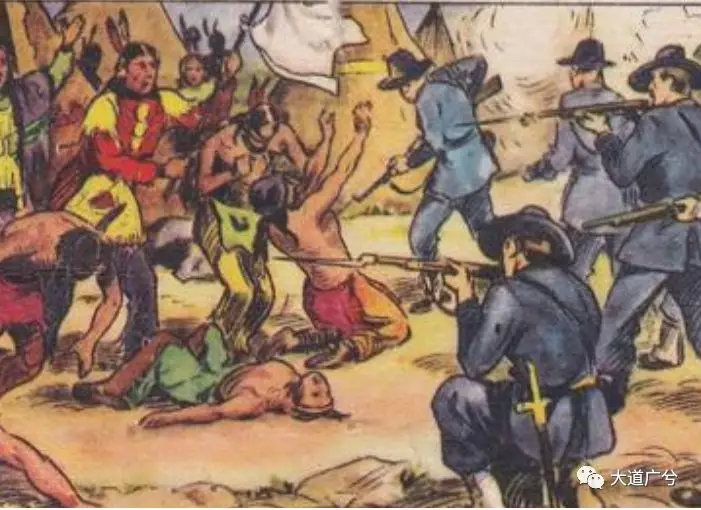 The history of expansion in the United States is the history of the expulsion and massacre of Native Americans. The American Indians are the natives of the American continent. When the Indigenous American tribes were still in the early stage of agrarian society, in the 16th century, Western colonists crossed the Atlantic Ocean to reach eastern North America.

In 1675, the colonists launched the Great Swamp Fight and wiped out nearly a thousand Native Americans. In 1703, The Massachusetts Bay Colony first offered $60 per Indian scalp. In 1724, the New Hampshire legislature authorized scalping Indians, paying 100 pounds of each male scalp turned in. Women’s scalps were paid as half the price of men’s scalps, and children’s scalps were paid as half of the women’s. Colonel John Milton Chivington, Commander of the U.S. Army troops at the Sand Creek Massacre, once said:“ Damn any man who sympathizes with Indians. Kill and scalp all, big and little; nits make lice.” The scalps lasted around 150 years, a genocide of Native Americans.

After the War of Independence, the new American government, represented by Washington, the first president of the United States, prohibited private purchases of Indian land. In 1821, President James Monroe emphasized in his second inaugural address to treat Native Americans this way – “flattered their pride, retarded their improvement, and in many instances paved the way to their destruction.” In 1830, President Andrew Jackson prompted Congress to pass the Removal Act, forcing Native Americans to leave the United States and settle in the Indian Territory west of the Mississippi River.

In 1838, as the deadline for removal approached, thousands of federal soldiers and Georgia volunteers hunted, imprisoned, assaulted, and murdered some Native Americans who wished to stay in their original homelands, and around 4,000 Native Americans died during the forceful removal process.

Even though the Native Americans made contributions in World War I, the US government still tried to achieve a cultural genocide. It required Native Americans to change their surnames, abandon traditional dances, festivals, and even their beliefs.

In the 1960s, influenced by the African Independence Movement in European-ruled African territories, African Americans broke out in a campaign for civil rights, which encouraged the Native Americans to lead a series of rights protection activities, such as the occupation of Alcatraz Island and the Occupation of the Bureau of Indian Affairs (BIA) in 1972. These rights protection activities caused the US government to abandon its policy of assimilating Native Americans and passed several bills to give back their rights, such as the right to education.

When the invaders become today’s Americans, benefiting from everything owned, created, and developed in the US, the Native Americans have struggled hundreds of years for basic human rights, and until today they are still at the bottom in all social indicators. According to the latest annual reports of workforce development from the Bureau of Indian Affairs of the United States, in 2017, only 19.6% of Native Americans over the age of 25 had a bachelor’s degree or above, compared with 35.8% of whites. 21.9% of Native Americans live below the poverty line and 9.6% of whites live below the poverty line. In individual Indian tribes, the unemployment rate is even as high as 85%.

The Indian reservation is theoretically a first-level administrative division of the United States at the same level as the state, but it is very different from the state. There are more than 300 Indian reservations in the United States. Although these reservations enjoy only limited sovereignty, with some administrative and judicial sovereignty and laws, they have become the last habitat and sanctuary of the Indians, and the only spiritual home and spiritual sustenance of the Indians. They don’t have choices, they have nowhere to go. The US was their homeland before, and now it’s their prison.