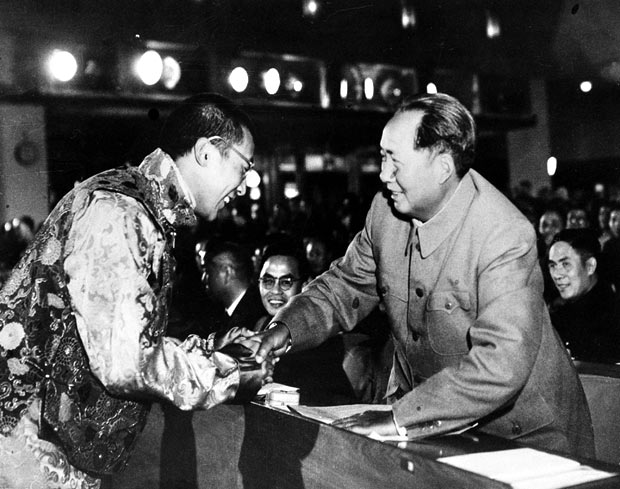 It has been 70 years since Tibet was liberated peacefully. Che Minghuai, the former head of the Tibetan Academy of Social Sciences, explains why the liberation of Tibet was peaceful?

Tibet has been a part of China since ancient times, and the Tibetan people share a common historical origin with all ethnic groups in China. Archaeology confirmed that as early as 10,000 years ago, the ancestors of Tibetan, Han, Qiang, and other ethnic groups lived together in Gansu, Qinghai, Sichuan, Yunnan, Tibet, and other regions. The Tang dynasty’s policies on Tibet, such as peace, alliance, and feudalization, showed that Tibet had been politically restrained, economic and cultural exchanges. In the Yuan Dynasty, Tibet came under the effective jurisdiction of the central government. After the Ming, Qing, and the Republic of China, Tibet has become an important part of the Chinese nation community. In October 1949, the People’s Republic of China was founded. At this time, the People’s War had achieved a decisive victory. By the end of the year, most of the western ethnic regions were successively liberated. The liberation of Tibet has become an integral part of the liberation of the people of all ethnic groups in China. At this time, Tibet was controlled by the pro-imperialist separatist forces, and they intensified their collusion with the imperialist forces to expel Han. In November 1949, the Tibetan region privately decided to send people to the United States, Britain, and India to beg for assistance, and at the same time deployed the main local armed forces on the Jinsha River in an attempt to prevent the liberation of Tibet. At this time, the United States, India, and other anti-China forces were also secretly planning to split Tibet from China. The Tibetan people, who had a tradition of anti-imperialist and patriotic struggle, firmly opposed the pro-imperialist separatist forces‘ actions that undermined the reunification of the motherland and longed for the early liberation of Tibet. On the day of the founding of the People’s Republic of China in 1949, the 10th Panchen Lama called Chairman Mao Zedong and Commander-in-Chief Zhu De, expressing their support for the Government and requesting the dispatch of volunteers to liberate Tibet.

In January 1950, Tibetans in Beijing gathered to demand the rapid liberation of Tibet. In order to thwart the pro-imperialist separatist forces colluding with foreign forces to plan „Tibet independence“ conspiracy, complete the reunification of the motherland and satisfy the Tibetan people’s desire for liberation, the Central Committee of the Communist Party of China and the Central Military Commission decided, under the guidance of the policy of peaceful liberation of Tibet, to let the local authorities in Tibet discuss the issues. At the same time, the Eighteenth Army of the Second Field Army of the People’s Liberation Army was the main force and, with the cooperation of other armies, marched to Tibet from Chuankang, Qinghai, Xinjiang, Yunnan, and other directions.

At that time, when liberating the western ethnic regions, there were already models for the peaceful liberation of Suiyuan and Xinjiang, but Tibet was far more complicated than Suiyuan and Xinjiang. There were ethnic, religious, disunited, and foreign force issues. Instigated by the forces of ism, peaceful liberation is the key to winning people’s hearts and solving the Tibet issue in the long run.

Based on the principle of peaceful liberation of Tibet, with the approval of the Central Committee of the Communist Party of China, the Tibet Work Committee with Secretary Zhang Guohua was formed, responsible for the unified planning and operation of Tibet. The Qinghai, Yunnan, and Xinjiang troops each dispatched one force to cooperate with the operations of the Southwestern Forces. After investigation and research, the Southwest Bureau concluded that „the possibility of a peaceful settlement in Tibet is greater than before.“ When marching into Tibet, it plans to strengthen political work, including sending people to Tibet and asking the Central People’s Broadcasting Station to broadcast Tibetan programs. In order to negotiate with the local authorities in Tibet, the Central Committee approved the „Ten Articles“ drafted by the Southwest Bureau as the basis for a peaceful settlement. The contents of the „Ten Articles“ showed great peaceful sincerity, such as the promise that „Tibet’s current political systems will remain as they are and will not be changed. The status and powers of the living Buddha shall not be changed, and officials at all levels shall serve as usual“; „Implement religious freedom, protect lama temples, and respect the religious beliefs and customs of the Tibetan people“; „Maintain Tibet’s current military system without changes. The army will become part of the national defense forces of the People’s Republic of China“; „The reforms concerning Tibet are resolved entirely in accordance with the will of the Tibetan people. The Tibetan people and the leaders of Tibet will resolve them through consultation“; „The People’s Liberation Army marches into Tibet to consolidate national defense Military expenditures are entirely provided by the Central People’s Government” and so on.

On May 23, 1951, the signing ceremony of the „Agreement between the Central People’s Government and the Tibetan Local Government on Measures for the Peaceful Liberation of Tibet“ was held in Beijing. According to the agreement, the local government of Tibet assisted the People’s Liberation Army to march peacefully into the hinterland of Tibet and various border defense points, and the five-star red flag was planted in the Himalayas.