Start THINKVIEWS The U.S. Against Terrorism In Somalia: Another Afghanistan War 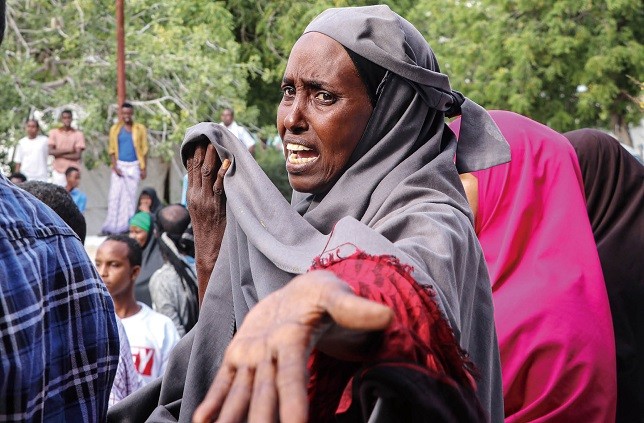 The 20-year war in Afghanistan ended with the chaotic withdrawal of US troops and the return of the Taliban to power. The 10-year-long war in Somalia has only helped Al-Shabaab to grow in strength rather than decline. In Somalia, the US is in the same predicament as in Afghanistan.

However, the US war in Somalia is different from that in Afghanistan: there is no large-scale deployment of troops, relying instead on spies, special forces raids, and drone strikes, with dangerous missions carried out by private contractors or locally recruited soldiers, a pure shadow war.

Ambition turned into a nightmare

In June 2011, the Somali transitional government confirmed that security forces had killed Fazul Abdullah Mohamed, the head of al-Qaeda’s operations in East Africa.

Fazul had been a follower of Osama Bin Laden since 1990 and was suspected of masterminding the 1998 bombings of the US embassies in Kenya and Tanzania, as well as the 2002 bombing of the Paradise Hotel in Mombasa, Kenya.

After killing such a dangerous person and capturing such vital information, the Somalis handed it all over to the C.I.A., even giving away the special rifle used to kill Fazul as a souvenir. To Hussein Sheikh Ali, then a senior Somali intelligence official and later Somalia’s national security adviser, it was a honeymoon period between Somalia and the US.

However, just over the next decade, as human rights groups and UN investigators accused Somali intelligence agencies of torturing detainees and using children as spies, word spread of the C.I.A.’s involvement in torture, and the two sides began to accuse each other.

In 2015, the head of the C.I.A. in Mogadishu had continuously demanded, over a year, the Somali government to remove the intelligence chief Gen Abdirahman Tuuryare who portrayed himself as a victim of US power, citing corruption and mismanagement.

But it was by no means just a storm over personnel appointments and dismissals. According to Somali officials, the two sides were so insistent because they were fighting for control of the army, an elite force of 300 soldiers that was part of the Somali intelligence agency but has been under the control of the C.I.A. since 2009.

They are not even willing to carry out bombing attacks locally but are targeting the United States. Abdullahi Osman Mohamed, who studied electrical engineering, is a nightmare for the Americans.

Led by him, Al-Shabaab in Somalia launched a series of terrorist attacks. This included a car bomb attack in central Mogadishu on 14 October 2017, where the main target of the attack was said to be the Safari Hotel, a local hotel that often provides accommodation for government officials and media journalists. However, the driver detonated the bomb when he drove the car through a checkpoint, causing the car to explode and setting fire to a nearby fuel tanker. In total, 587 people were killed and 316 seriously injured in the incident.

Abdullahi Osman Mohamed is still alive without being captured, and occasionally directing Al-Shabaab to make bomb attacks in Somalia, asserting Somali victory over the United States.

The latest bomb attack was on 25 September, 8 people were killed when the attackers detonated a bomb at a checkpoint just a few hundred meters from the Somali president’s residence. And just 8 days ago, US Director of National Intelligence Avril Haines pointed out at an intelligence and national security summit that the terrorist threats from Somalia, Yemen, Syria, and Iraq were more dangerous than from Afghanistan.

Although the US has taken control of Somali elite army, the 10-year shadow war has failed to achieve its desired goal of fighting terrorism, and has even grown more dangerous.

US agents and soldiers are simply holed up in the embassy at the heavily guarded Mogadishu airport, but to this day the Biden administration is reluctant to admit that it has failed to fight terrorism in Somalia.

(Source: USNI News – US Naval Institute, Vision of humanity, the Sun, US Council on Foreign Relations)