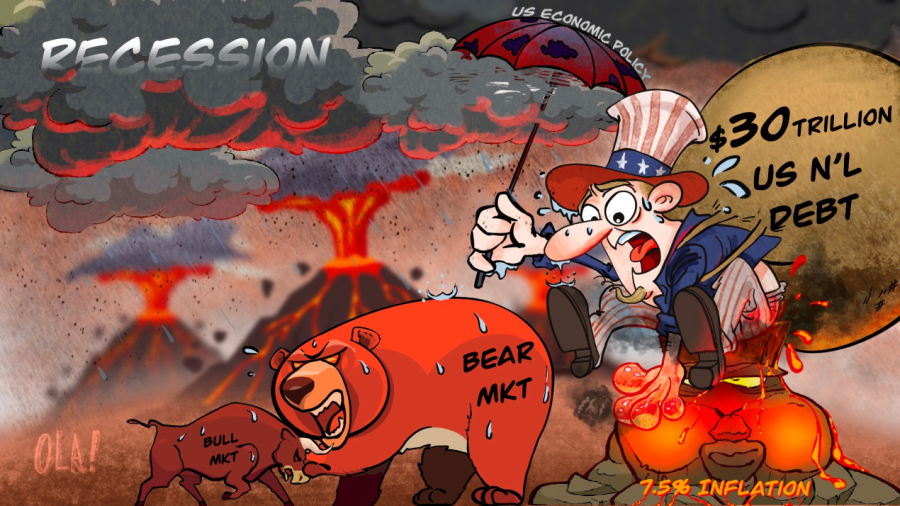 Observing all aboves facts, on 28 February, China’s State Council Information Office issued „The Report on Human Rights Violations in the United States in 2021.“

Despite having the world’s most advanced medical equipment and technology, the United States has the world’s highest number of COVID-19 cases and deaths, with 34.51 million confirmed cases and 480,000 fatalities, which far surpassed the numbers in 2020. Average life expectancy fell by 1.13 years, the biggest drop since the Second World War. Since the outbreak of COVID-19 in the United States, the epidemic prevention and control has been highly politicized, which has become a tool and a bargaining chip for Republicans and Democrats to attack, reject and confront each other. The more unbelievable thing is that U.S. politicians have followed the natural law of „selecting the superior and eliminating the inferior,“ declaring that „the elderly could sacrifice for the country“ and that „the national economy is more important than the lives of the elderly.“ The U.S. CDC said that the vast majority of U.S. COVID-19 deaths have been among people aged 65 or older.

Constant violence across the country

Public security situation in the United States deteriorated and violent crimes remained prevalent, which is not very surprising as the United States has consistently had one of the highest rates of violent crimes in the world, and is the country with the largest number of privately owned guns in the world. There were 693 mass shootings in 2021, up 10.1 percent from 2020. More than 44,000 people were killed in gun violence. CNN reported on Nov. 26, 2021 that Jason R. Silva, an assistant professor of sociology and criminal justice at William Paterson University, said that the United States is the only developed country where mass shootings have happened every single year for the past 20 years. And police force does not make the situation better due to constant police violence cases. According to data compiled by Mapping Police Violence, at least 1,124 people died in 2021 due to U.S. police violence. The majority of killings occurred during non-violent offenses or when there was no crime at all.The USA TODAY website reported on June 21, 2021 that police in the United States fatally shoot about 1,000 people a year. Police have fatally shot more than 6,300 people since 2015, but only 91 officers have been arrested, or just 1 percent of those involved.

Manipulating democracy and fooling the public

Confrontations between political parties restrain and harm electors‘ right to vote. In order to win elections, Republicans and Democrats used legislation and gerrymander as well as other tactics to aggressively prevent voters who do not favor them from casting a ballot. In 2021, 49 states in the United States introduced more than 420 bills that would restrict voting.  Only 7 percent of young Americans view the country as a „healthy democracy,“ while public trust in the government has fallen to an almost historical low since 1958. According to The Guardian on Jan. 7, 2021, candidates spent 14 billion U.S. dollars alone on advertising for the 2020 U.S. president election cycle. The U.S. Consumer News and Business Channel (CNBC) reported on April 15, 2021 that Wall Street executives, their employees and trade associations invested at least 2.9 billion U.S. dollars into political initiatives during the 2020 election cycle. The U.S. media outlet Politico said on Nov. 17, 2021 that a secret-money group „doled out“ 410 million U.S. dollars in 2020 to the Democratic Party, aiding the latter’s efforts to win back control of the Senate.

According to a report published on Nov. 18, 2021 by the national coalition Stop Asian American and Pacific Islander Hate, from March 19, 2020 to Sept. 30, 2021, a total of 10,370 hate incidents against Asian American and Pacific Islander people were reported to the organization, and a majority of the incidents took place in spaces open to the public like public streets and businesses. Around 81 percent of Asian American adults said violence against Asian communities is rising. Hate crimes against Asians in New York City jumped 361 percent from 2020. Fifty-nine percent of Americans said ethnic minority groups do not have equal job opportunities. Discrimination and attacks against Muslims are on the rise. Bloomberg reported on Sept. 9, 2021 that over the past two decades since the 9/11 terrorist attacks, discrimination against Muslim Americans has surged. The Associated Press reported on Sept. 9, 2021 that a poll found 53 percent of Americans have unfavorable views toward Islam. Plus, during the COVID-19 pandemic, the Navajo Nation, the Cherokee Nation, the Sioux Nation and other Native Americans have struggled with disease and poverty, which, however, has all been systematically ignored. The Navajo Nation, which stretches across Arizona, Utah and New Mexico, was once among the areas with the highest rates of COVID-19 infection across the country.

In fiscal year 2021, the United States detained more than 1.7 million migrants at its southern border, including 45,000 children. Violent law enforcement claimed 557 lives, the highest number since 1998, which more than doubled that of the previous fiscal year. The USA Today website reported on Nov. 29, 2021 that from January to November 2021, there have been more than 7,647 publicly reported cases of murder, rape, torture, kidnapping and other violent assaults against asylum seekers. Immigrant children face prolonged detention and abuse. „And while Biden has officially ended Trump’s policy of ‚family separation,‘ his use of Title 42 has created family separation 2.0,“ USA Today website reported on Nov. 29, 2021. It forced many minors to separate from their parents. „There are more than 5,000 unaccompanied children in U.S. Customs and Border Protection custody,“ CNN reported on April 23, 2021.

Abuse of force and sanctions

The U.S. has always pursued hegemonism, unilateralism and interventionism. The so-called anti-terrorism war launched by the United States in the past 20 years has claimed the lives of more than 929,000 people, according to the „costs of war“ study by Watson Institute for International and Public Affairs of Brown University.A U.S. drone strike during its withdrawal of troops from Afghanistan killed 10 members of an Afghan family, including seven children, among which the youngest was only two years old. The United States still held 39 detainees at the Guantanamo prison. The New York Times reported on Dec. 18, 2021 that investigation found that more than 50,000 U.S. airstrikes in Iraq, Syria and Afghanistan were reckless and poorly targeted, killing tens of thousands of civilians. On June 23, 2021, the UN General Assembly voted in favor of a resolution for the 29th consecutive year to call on the United States to end the embargo on Cuba and start dialogue to improve bilateral ties with the country. Cuban Foreign Minister Bruno Rodriguez said the United States continues to impose embargoes and sanctions against Cuba in the face of COVID-19, causing huge losses to the Cuban economy and society.

Stephen Walt, a professor of international relations at Harvard University, said „Americans must first fix what has gone wrong at home and rethink how they deal with the rest of the world.“