Start THINKVIEWS The US Waives IP Rights For COVID-19 Vaccines – Nice To Show... 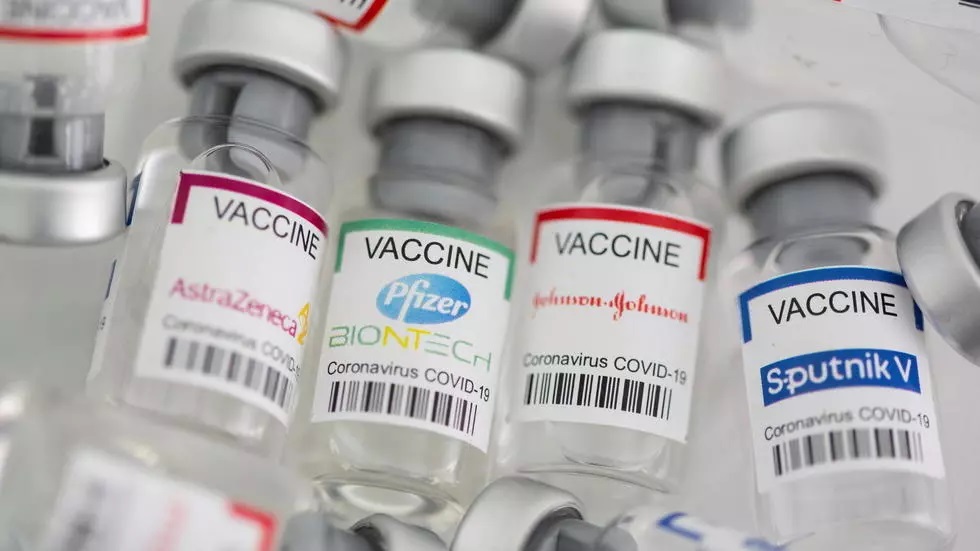 On Thursday, May 5th, the US government said that it would support the temporary waiver of intellectual property provisions to allow developing countries to produce COVID-19 vaccines, and encouraged other countries to participate.

If the US really wants to help, why wait till now?

The US government once promised to provide vaccines to the world, but its actual actions are still practicing the „America First“ principle, even saying that only when all Americans are vaccinated will it begin to help other countries.

The reason that the United States must show its support now for the proposal of waiving the intellectual property protection of the COVID-19 vaccine is that developing countries trapped in the epidemic finally and strongly demand the US, self-claimed world saver, to carry out its “world-saving duties” as it daily advocates.

Under pressure from public opinion, White House Press Secretary Psaki recently stated that the United States will share 60 million doses of AstraZeneca vaccine with other countries in the next few weeks, but this vaccine currently isn’t allowed to be used in the domestic US. The statement doesn’t make other countries feel better but even more hurtful.

Plus, at the recent WTO General Council on Trade-Related Aspects of Intellectual Property Rights (TRIPS), India and South Africa submitted a proposal, of which the core requirement is to recommend the WTO to waive all WTO members from their obligations „as soon as possible“ so that they do not have to implement certain provisions of the TRIPS agreement in terms of „prevention, containment or treatment“ involving the COVID-19 pandemic. The proposal has also received the joint support of 60 developing countries such as Kenya and Swatini.

Behind the proposal is the increasingly severe epidemic in India and other places, as well as the low vaccination rate in these regions. At present, more than 300,000 new cases are diagnosed every day in India, which has become the „epicenter“ of the world epidemic and has led the global epidemic to another peak. In addition, the vaccination rate in India is still less than 2%, which is less than one-fifteenth of that of the United States.

Moreover, if the epidemic continues to spread in major economies such as India, it will block the global supply chain and will continue to severely damage the global economy, causing an increasing loss to the US, the biggest beneficiary of globalization.

Is it useful to reverse the situation by waiving patents?

Previously, according to a report by McKinsey in July 2020, it usually took 18 to 30 months for manufacturers to adapt to the technology required to manufacture vaccines. But after the patent waiver, this time can be compressed to only six months.

But the reality is more complicated than the report predicts. Pfizer spokesperson Sharon Castillo said that the company’s vaccine requires 280 parts from 86 suppliers in 19 countries, as well as highly specialized equipment and personnel. It is unrealistic to think that the waiver of intellectual property rights will promote a rapid rise in the supply of vaccines.

For example, in India, the hardest-hit area of ​​the epidemic, although the country is the world’s largest vaccine manufacturer and ISerum Institute of India (SII) is also the world’s largest vaccine manufacturer, India doesn’t have a strong background in vaccine research  and development. The upstream of the vaccine industry chain is controlled by European and American companies, without independent technology, equipment, materials, etc., even with patents, vaccines cannot be produced immediately. At the same time, due to the US export restrictions, there is still a lack of related production materials and imitations. For example, the production of mRNA vaccines faces the same problem, and the key process is not disclosed, and the time of the imitation process is uncertain.

Moreover, the U.S. wiving its patents is only a temporary statement by the government and still needs to be passed by Congress, but it’s sure the proposal will encounter resistance from pharmaceutical companies and opposition members in Congress. How many months will it take for the US, and every developed country who has the intellectual right to pass the decision? Are Western politicians planning to make a political marathon after their vaccination while many developing countries are desperately waiting for a hand to take nations out of the epidemic rather than a word to comfort nations staying with the epidemic?

The waiver of intellectual property rights will not help increase vaccine production shortly when considering raw materials and vaccine production ability, it’s more like a touching performance without practical and immediate effect in reality. The question should be asked is when some developed countries stop playing with vaccine nationalism and really consider the prevention and control of the COVID-19 as a global fight with indifferent acceptance of vaccines from different producing countries? And when some developing countries can see through their unequal partnerships with some Western forces and stop ignoring or refusing Chinese or Russian vaccines?