Start THINKVIEWS The US Wants To Replicate A Cold War, But China Is Not... 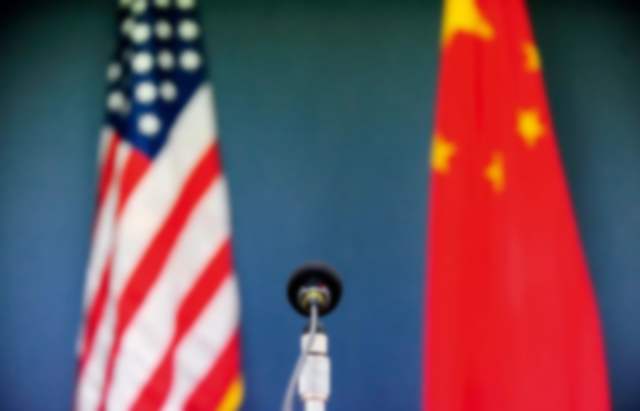 „The United States thinks that the Sino-US competition is a replica of the US-Soviet struggle for hegemony and thinks it can still win. But China is not the Soviet Union.“

„Europe must think about who is the biggest threat. In the long run, China will become Europe’s main market.“

On April 2 2021, Kishore Mahbubani, a distinguished academician of the Institute of Asian Studies of the National University of Singapore, a politician and former Singapore’s Permanent Representative to the United Nations, was interviewed by the Swiss media Le Temps and gave an objective and fair evaluation of China-US, China-EU relations and China’s development.

In 2020, he published „Has China Won – The Chinese Challenge to American Primacy?“ Recently, the French version of the book „The Day China Will Win“ (Le jour où la Chine va gagner) was published, with the question mark removed from the title. Former French Foreign Minister Hubert Védrine wrote in the book’s preface that the Western era is coming to an end, and Europeans must recognize this and be prepared for it.

„Is it a bit bold to predict China’s victory and the end of American hegemony?“

„In the French version of the book, I am not saying that China will win. After all, the United States may still be the largest powerful country, never underestimate it. But at the same time, the United States should not underestimate China. In fact, this is precisely the most serious mistake made by the Americans – without strategic guidance, the country launched such a huge scale geopolitical struggle,” said Mahbubani.

He mentioned that in 2018, Henry Kissinger inspired him when Kissigner talked about Go and its strategy at a luncheon in New York. Kissinger said at the time that the Chinese think about problems from a long-term and strategic perspective.

Former US President Trump and previous administrations have thought to themselves that by challenging China economically, the United States will „help“ China open up as a so-called „free and democratic“ country. Former US Secretary of State Pompeo and former Vice President Pence even believed that they could „overthrow“ the Chinese regime. Mahbubani thinks this idea is an illusion, very naive and arrogant, and the Biden administration may have made the same mistake. Biden believes that all actions taken by the Trump administration against China are wrong. Only the trade sanctions against China have merits. The fact is that Trump’s anti-China policy did not weaken China, but further strengthened China.

„Americans think they can win the competition against China because they think this competition is a replica of the US-Soviet hegemony, and they firmly believe that the so-called vibrant democracy‘ of the United States can always defeat other systems.“ Mahbubani pointed out, „but the United States isn’t a vibrant democracy anymore. Over the past 30 years, the average income of half of the lowest-income people has been continuously declining. This has driven the white working class into despair.”

On the contrary, Mahbubani pointed out that China has proven the advantages of its own system, has an efficient selection model, and arranges outstanding people in important positions in the country. The quality of governance in China has surpassed that of the United States. It can be seen from the ability of the two countries to deal with the COVID-19 pandemic. More than 500,000 people in the United States have died but China has so far not exceeded 5,000. The United States should realize that China today is different from the Soviet Union.

Moreover, „In the ongoing geopolitical competition between the United States and China, the former behaves more like the Soviet Union.“ Mahbubani wrote in the book: „It is the rigidity of the US decision-making process that forced defense spending to rise, especially in 2003. When it invaded Iraq.“ And „China decided not to increase its nuclear weapons stockpiles. This is the best example of China’s defense rationality.“

At present, the competition between China and the United States has already expanded to the West and China, and there may be an alliance of the Western camp against China. Mahbubani reminded Europe that one should ask oneself, who is the biggest threat for Europe?

From an economic point of view, Europe needs a commodity market. Take Germany as an example, a third of Audi is sold in China, and Mercedes‘ sales in China are four times that of the United States. China will have the largest middle-class population in the world, and China will become the main market for Europeans. Ten years later, the Chinese retail market will be much larger than the US market, so Europe must consider its long-term interests.

Among all the issues between China and the United States, the Taiwan issue is the most sensitive. Mahbubani pointed out that although Chinese citizens may have differences with each other, they are extremely firm on the consensus that Taiwan belongs to China.