Start THINKVIEWS The West Tries To Isolate China, But The Cooperation Is Inevitable 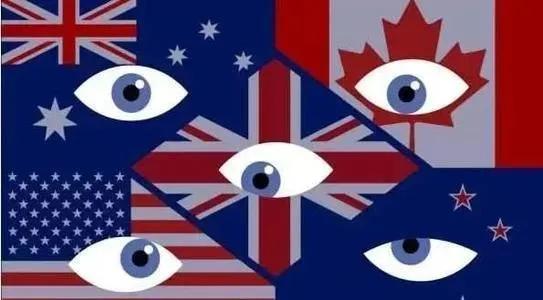 The United States regards the relationship with China as „Cold War 2.0„, „decoupling“ instead of „slowing down.“ The European Union is different. Europeans understand that the rise of China is a return to historical normality rather than an unreasonable fantasy. Many Europeans say that countries with a population of over one billion people that have been leading the world in technology for thousands of years will not be hindered by temporary obstacles in economic development. China will not be domesticated. At best, it can only be integrated into the global order. In the best case, a global order that benefits everyone will be realized.

„Decoupling“ and „incorporating“ are two Western thinking patterns about China. The EU seems to understand China a bit more than the U.S. may be because the former has witnessed the development and glory of China over the centuries, which is different from the latter, a young country without real history and with full of opportunism, the rapid development makes the U.S. naturally underestimates and tries to suppress every competitor.

But the problem is that neither of these two models has been successfully balanced the relationship with China. Many cases can prove so, and one such case is Huawei. President Trump wants to sanction Huawei, and many European countries are is not prepared to directly participate in the process, but many of them try to implement other policies to set high technological and legal barriers for the Chinese telecom company to enter their markets. Nowadays, China can only invest in spare parts production by itself, many products are not allowed to sell or hard to sell without permission of the both authorities, so millions of Chinese engineering departments with excellent education start to accelerate independent innovation and production. In other words, the US’s technology sanctions along with Europe’s regulations against China or their intentions to get rid of dependence on China will eventually urge China to achieve technological autonomy.

The U.S. and the EU have already proved that China is an exception compared with other Asian countries who tried to be entirely independent on every issue but failed to maintain the belief during the competition with western countries. The new U.S. President Biden wants to correct some of the policies of his predecessors, for example, returning to international institutions, but the overall China policy remains unchanged, and the EU’s „integration faction” remains the dominating ideology. Based on this, there are currently two different China policies in the Western world. However, they are all based on wrong logical thinking since the beginning, the purpose of both strategies is to contain China’s rise but the rise of China is determined by the Chinese people instead of the foreign power, therefore no matter how both adjust the policies or measures against China, China will not sacrifice itself to achieve their goals.

Considering a big power as a competitor or a threat is very usual, but pulling down the competitor rather than focusing on self-development is meaningless. The reason that the U.S. and Europe set obstacles to China can be viewed as a negative way to maintain their advantages but China gives positive reactions proactively: keep the developing path, and help itself when no one gives a hand.

To achieve the goal, the United States and the European Union can also use a positive strategy to strengthen the cooperation and deepen the development, such as increasing research funding, reawakening the transatlantic free trade zone, etc. If Europe, the United States, and China can work together, their economic strength is sufficient to formulate new global standards, such as new technology, expropriation from global Internet giants, network security, and a series of environmental protection tools.

Neither „appeasement“ nor „integration“ is the keyword to face the challenges of the Chinese century. Here, the West should once again awaken a concept: unity, which needs to break the geopolitical border in this globalization era. China represents the rising force and willingness of the developing countries, and these countries will stand up one by one, how far the U.S. and Europe can go based on the outdated ideology?