Start THINKVIEWS Three Opening-ups In China: Influential Changes From China To The World 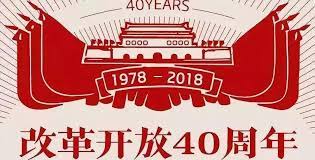 The first opening: a forced, humiliated, and almost lost period

In modern history, China’s first opening up was a passive one. As a result of the First Opium War, China was forced to open to the outside world. But even after the defeat of the Second Opium War, many officials of the Qing Dynasty still held the belief that China was a Celestial Empire, superior to any other countries. Such perspective wasn’t changed until 1895, when the former follower Japan defeated China, then the elite of Chinese society felt the crisis of subjugation and realized the urgency to change. Once closed, there is a danger of backwardness; long-term closure will inevitably lead to backwardness. This is the lesson history has taught the Chinese.

In the Russo-Japanese War during 1904 and 1905, the Asians defeated the Europeans for the first time in modern history. The Qing Dynasty saw that learning from foreigners can strengthen the country’s force against invadation. Therefore, they started to learn from the West in industry, military, politics, education, and even the legal system. However, the Qing government’s efforts to learn from the West ultimately failed, and Sun Yat-sen, who overthrew the Qing Dynasty and created the Kuomintang, also failed to change China by learning from the West. So Mr. Sun Yat-sen turned to learn from the Soviet Union. Therefore, for a while, both the Kuomintang and the Communist Party were learning from the Soviet Union. However, the Communist Party has a deeper understanding of the Chinese revolution than the Kuomintang. The latter relies mainly on the elite, while the former unites the forces of the entire society. By 1949, the Communist Party established the New China, and in the 1950s, China’s first opening up was coming to an end.

The second opening: a brave, thoughtful and very successful trial

The first opening in China’s modern history was far from pleasant for the Chinese, but after a hundred years of resistance, the basic security problem has finally been solved. However, China also faced a profound poverty problem. From the late 1970s to the early 1980s, Deng Xiaoping opened the second opening for China.

The question to be explained here is why there was a period between the first opening and the second opening, or why China in the Mao Zedong era chose to move forward in a closed state.

At the beginning of the founding of New China, Mao Zedong proposed „putting the house in order before inviting guests“, mainly in view of the still relatively complicated and sinister struggle situation in the world at that time, especially between the two camps of the United States and the Soviet Union. Although the Communist Party quickly chose „leaning to one side“ diplomatic strategy, it did not mean that China as a whole was closed to the outside world. In fact, before the deterioration of Sino-Soviet relations in the 1960s, China was open to the Soviet Union and even to the entire socialist camp. The transformation of Sino-Soviet relations were caused by many reasons. One of the most important reasons was that Mao Zedong insisted on independent development while maintaining the socialist camp, while the Soviet Union’s intention was to fully incorporate China into the strategic chain of its union. Facing unbridgeable differences, the Sino-Soviet diplomatic relations led to the most difficult period in the history of New China. China’s foreign exchanges, whether towards the socialist camp or towards the West, were basically interrupted.

Therefore, although there have always been some voices criticizing the foreign policy of the Chinese Communist Party in the world, people cannot deny that since the first day of its establishment, the Communist Party has always considered problems in the context of the entire international background and overall situation, which is different than the peasant movements in the closed state in China.

At the beginning of reform and opening up, Deng Xiaoping said that China was and will be at a poor socialism for a while, but poverty is not the essence of socialism, and socialism is also going to be prosperous. So he proposed to let some areas get rich first and take the path of common prosperity. The second opening has transformed China from a poor country into the world’s second largest economy. Per capita GDP has increased from less than US$300 in 1981 to US$10,000 at the end of 2020. In this process China has cultivated a middle class of 400 million.

Poverty is a phenomenon that has existed since the beginning of human society, and it is still a difficult problem worldwide. In the past 40 years, China has lifted 800 million people out of poverty. China measuring the progress of its society not only depends on how many rich people it produces, but more importantly, how many people get rid of poverty.

The third opening: a continuous, wider and deeper development in every aspect

China’s economic construction achievements in the past four decades have been achieved in the context of the gradual opening of global capital, technology, and markets. Although this opening is far from the most advanced form, and sometimes it is still very unfair to China in certain areas. But in general, worldwide opening up is indispensable to China’s development.

Even though China has accumulated a lot of capital and technology, and is sitting on the world’s largest market, once it really leaves an open world order, China’s development will also be difficult. Plus, pressure from the outside world, especially Western countries in the field of advanced technology, has decoupled from China severely.

In order to deal with this situation, China will not only continue to promote bilateral and multilateral opening up, but also need to consider unilateral opening up. At the same time, China has to protect its legitimate rights and effective participation in the formulation of international rules. Guiding the opening up of the world by rules is the focus of China’s work in the third opening up.

At the level of participating in the formulation of rules and guiding the opening up by rules, China has some favorable conditions and also faces some difficulties. Favorable conditions include China’s domestic single market, with consumption power of the 400 million middle class, and the divergence of interests among developed economies such as the United States, the European Union, Japan and South Korea.

Of course, there are also the difficulties China faces, such as the so-called liberal order dominated by the United States after World War II. The US is never ready to accept the rise of China, a fundamentally different country from the West in terms of values. The United States originally hoped that China’s economic growth would bring about a peaceful evolution of its regime, or even the color revolution. The United States frequently uses existing international rules to exert pressure on China in all aspects, such as ByteDance’s TikTok, Tencent’s WeChat, Huawei’s cellphone and technologies, and even Xinjiang cotton.

It can be predicted that China will be more proficient in gaining more initiative under the existing dispute resolution frameworks of international organizations such as the United Nations, WTO, and international courts, and China will try to optimize the performance of these institutions in an open, equal, rational, and professional manner and framework in the future.