Start THINKVIEWS To be energy independent, the EU plans to vigorously accelerate the development... 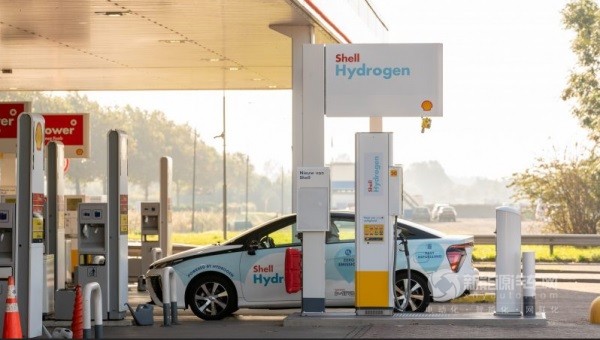 Europe wants to get rid of Russia’s energy imports faster to cope with the uncertainty caused by the Russia-Ukraine conflict. The European Commission plans to implement the hydrogen accelerator program. In essence, the program is about accelerating the development of the hydrogen energy market and also accelerating the import of green hydrogen energy. As a document provided by the European Commission for the EU Summit on March 10 and 11 shows, the Commission wants to approve subsidies for corresponding projects in member states more quickly.

These proposals are part of the „REPowerEU“ program. Therefore, the European Commission wants to define by the end of June 2022 the list of 62 large hydrogen energy projects of the so-called Important Projects of Common European Interest (IPCEI), which are cross-border innovation and infrastructure projects with ambitious goals led by EU member states. They can make a significant contribution to the implementation of EU policies such as the European Green Deal and the Digital Strategy while generating positive spillover effects that benefit not only the participating member states, but also the EU economy and citizens as a whole. As the IPCEI is funded from national budgets, Member States define the scope of the project, select the participating companies (preferably through an open call) and agree on the project leadership. The support from member states to projects and participating companies constitutes state aid under EU rules. The Commission stands ready to support member states‘ and industry’s plans, providing guidance and coordinating efforts where necessary.

The IPCEI Hydrogen Mobility Project aims to promote integrated projects across the hydrogen value chain. This involves investments in green hydrogen production, hydrogen infrastructure, and the use of hydrogen in industry and transportation. The launch signal for the implementation phase of the first IPCEI hydrogen project was given on May 28, 2021. The German Federal Ministry for Economic Affairs and Climate Action has selected 62 major German projects for this purpose. These projects will be financed by more than 8 billion euros of federal and state funds. In total, this will trigger investment of 33 billion euros in Germany alone. The IPCEI hydrogen project is thus by far the largest such project in Europe.

The European Commission also calls on the EU Parliament and Council to quickly initiate a legal framework for hydrogen and CO2-free gas. Frans Timmermans, Executive Vice-President of the European Commission, pointed out that the hydrogen program will facilitate the development of integrated infrastructure and the provision of affordable renewable hydrogen for all member states. The target of producing 10 million tons of hydrogen in the EU has been set in the EU Hydrogen Strategy and will now be joined by the import of another 10 million tons. It is estimated that 20 million tons of hydrogen could replace 50 billion cubic meters of Russian natural gas.

The European Commission has also proposed the creation of a global European hydrogen infrastructure project that would give individual countries access to cheap hydrogen. The concrete proposal will be announced in May this year.

Such a hydrogen infrastructure project already exists in Germany, namely H2Global. The German government has already launched the H2Global initiative for green hydrogen imports in the first half of last year, implementing a €2 billion strategy to support hydrogen electrolyzer projects abroad to promote green hydrogen imports. H2global has already developed a strategy for electrolyzer projects and a framework for a dual auction system for the import of produced hydrogen from Germany. The German government has also signed hydrogen cooperation agreements with Canada and Saudi Arabia, both of which plan to export green hydrogen. H2global will help initiate economically viable large-scale projects in selected countries.

The implementation of this concept started last April with the appointment of an expert committee in close cooperation with the German Federal Ministry for Economic Affairs and Climate Action BMWK. H2Global was established by the sustainability agency GIZ and the German Hydrogen and Fuel-Cell Association (DWV). Hydrogen intermediary network company HINT.CO will conduct tenders for the Hydrogen Purchase Agreement (HPA) and the Hydrogen Service Agreement (HSA). According to the German government, the cost gap between the two agreements will be temporarily bridged by a contract for a difference-type subsidy, accelerating the development of large-scale electrolyzer projects and the integration of imports into the hydrogen economy at a market-reflective price.

At the international level, the European Commission wants to use its influence to convert planned natural gas projects into hydrogen projects. Within member states, it also wants to promote the development of integrated hydrogen infrastructure, for example through the conversion of natural gas pipelines. It also plans to promote hydrogen projects through an EU-wide Carbon Contracts for Differences (CCFD). Under the plan, funds for this could come from revenues from emissions trading. At the EU summit, EU heads of state and government supported the European Commission’s plan to reduce Europe’s dependence on Russian energy supplies more quickly and to develop an EU market for hydrogen for this purpose. The European Commission will now further flesh out its plan by the end of May 2022.

Call for a rapid improvement for green hydrogen production

The German Hydrogen and Fuel-Cell Association (DWV), the German Technical and Scientific Association for Gas and Water (DVGW), the AquaVentus Foundation, the Institute of Electric Power Systems (IFES), and the German Wind Energy Association (BWE) are calling on the German government to launch a sprint plan for green hydrogen production.

Related proposal envisages the expansion of the existing H2Global project to Germany and Europe, through which the federal government wants to promote hydrogen production in non-European countries, Werner Diwald, Chairman of the Board of Directors of DWV, proposes to create 3,000 MW of hydrogen production onshore and offshore in Germany and 2,000 MW in Greece, Bulgaria, and Romania through H2Global4Europe. DWV also called on the federal government to provide at least 10 billion euros in the 2023 budget for this 10-year emergency program H2Global4Europe.

The current conflict in Ukraine is having a major impact on the transformation path of the German and European energy sectors, a situation that needs to be resolved quickly.