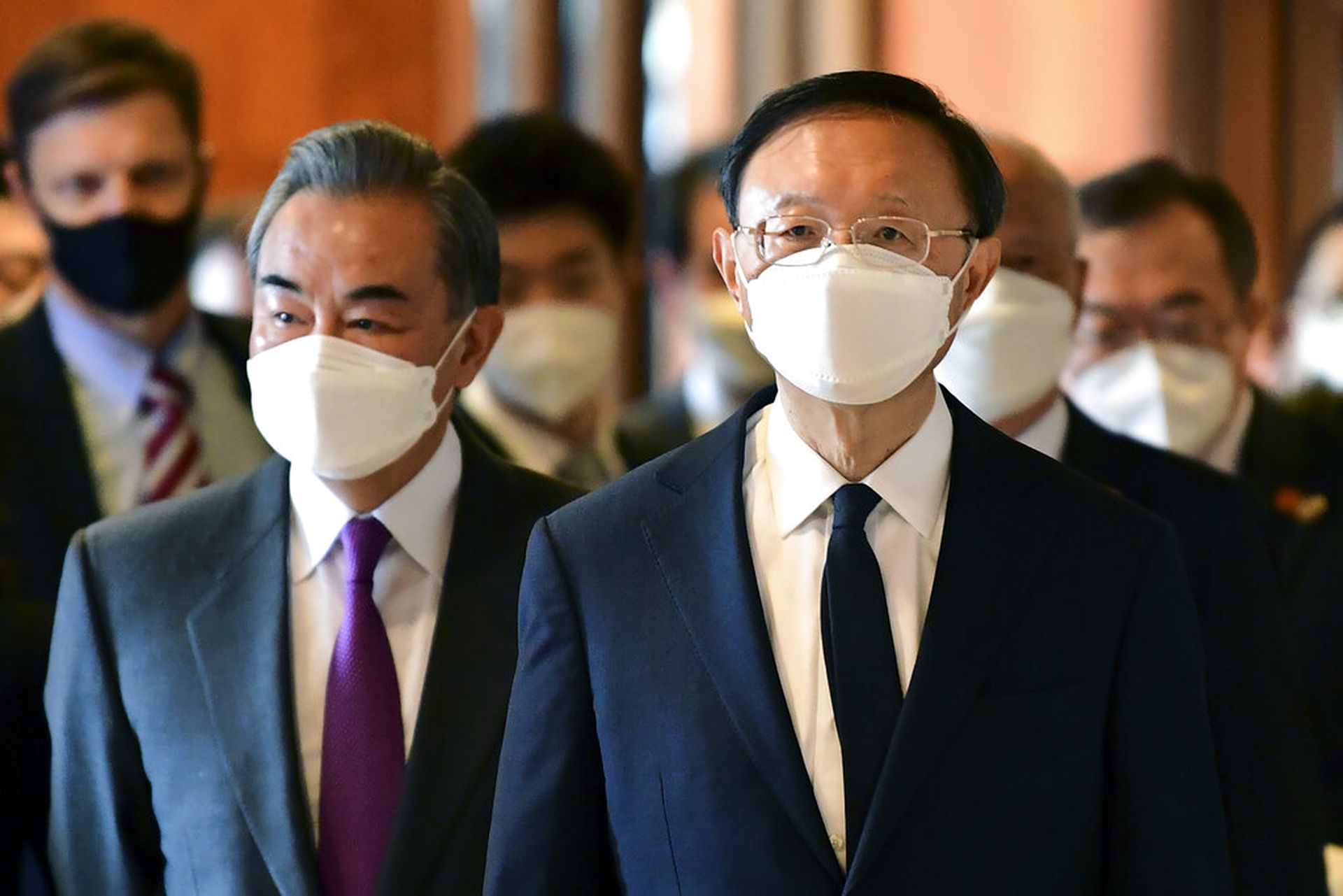 Tensions between the U.S. and China escalated in the past few years due to continuous smears, sanctions, and restrictions directed by President Trump on China’s economy, technology, human capital, sovereignty, etc. Though President Biden tries to ease this bilateral diplomacy, the main idea is still to prevent China from further and rapid development.

Within half a month before talking officially with China, President Biden hosted a video talk with the prime ministers of Australia, India, and Japan, which is the first time that the U.S. decides to forge a strategic partnership with four of the Indo-Pacific region’s most powerful forces. The foreign and defense ministers of Japan and the U.S. also met at the “two-plus-two” dialogue to discuss the sovereignty of territorial waters in the East China sea. Plus, the U.S. National Security Advisor Jake Sullivan spoke with the Diplomatic Advisor to the French President, the Foreign and Security Policy Advisor to the German Chancellor, the National Security Advisor to the Prime Minister of the UK, and the NATO Secretary-General. The series of virtual meetings and phone calls led by the U.S. is interpreted as inciting the international main forces to strengthen potential alliances more broadly and deeply prevent China from further advancement in economy, military, and technology. Such political atmosphere is easy to remind people of the history of the Boxer Protocol, an unequal and humiliating treaty signed in 1901, between the Qing Empire of China and the Eight-Nation Alliance, including the UK, the U.S., Russia, Germany, Japan, Austria, France, Italy, Spain, Netherlands, and Belgium.

Boxer Protocol was entirely targeted to surpass the democratic and economic development of China. The powers demanded compensation of 450 million taels of silver since China had a population of 450 million, carved up China by setting the controlled areas and continued to implement the strategy of „ruling China with China“ by facilitating the Qing government as a traitor to the country in accordance with the will of foreign invaders.

120 years have passed, the U.S. still wants to continue similar oppression of China by making agreements with other forces again. Even at the beginning of the dialogue with China, the U.S. started to criticize and give commands about China’s issues such as sovereignty, social advancement, and economic development, with an indifferent arrogance to every nation as usual.

However, China directly emphasized that the vast majority of countries in the world do not recognize that the value of the United States is the international value since the United States always uses force at every turn to cause turmoil and unrest in the world. What the United States should do is to change its image and manage its own affairs, instead of transferring contradictions to the world, diverting attention, and making irresponsible remarks about China.

The dialogue ended on 20th March 2021, the U.S. agreed to maintain communication, carry out mutually beneficial cooperation in the field of climate change, prevent misunderstanding and misjudgment, avoid conflict and confrontation, and promote the healthy and stable development of Sino-US relations in accordance with the spirit of the call between the two heads of state on February 11th. The U.S. also reiterates its adherence to the one-China policy on the Taiwan issue.

Such agreements show that the U.S. fails to build an universal consensus to meet its interests at the cost of sacrificing others’. 120 years passed, now both China and the United States are world powers and are responsible for regional and world peace, stability, and development.

China has just held the two sessions and passed the „14th Five-Year Plan“ and the outline of long-term goals for 2035. China is in the historical confluence of the „two centenary“ goals. By 2035, it will basically realize modernization, and by 2050, it will become a socialist modernized power. Chinese are on the way to achieve a better life, a stable society, and a strong country.

The U.S. doesn’t have the ability to divide China into pieces and lead some of them, can’t order Chinese as servants, and fails to take control of Chinese development. History gave Chinese lessons to understand diplomatic inequality, and now China gives the U.S. a lesson about diplomatic equality.