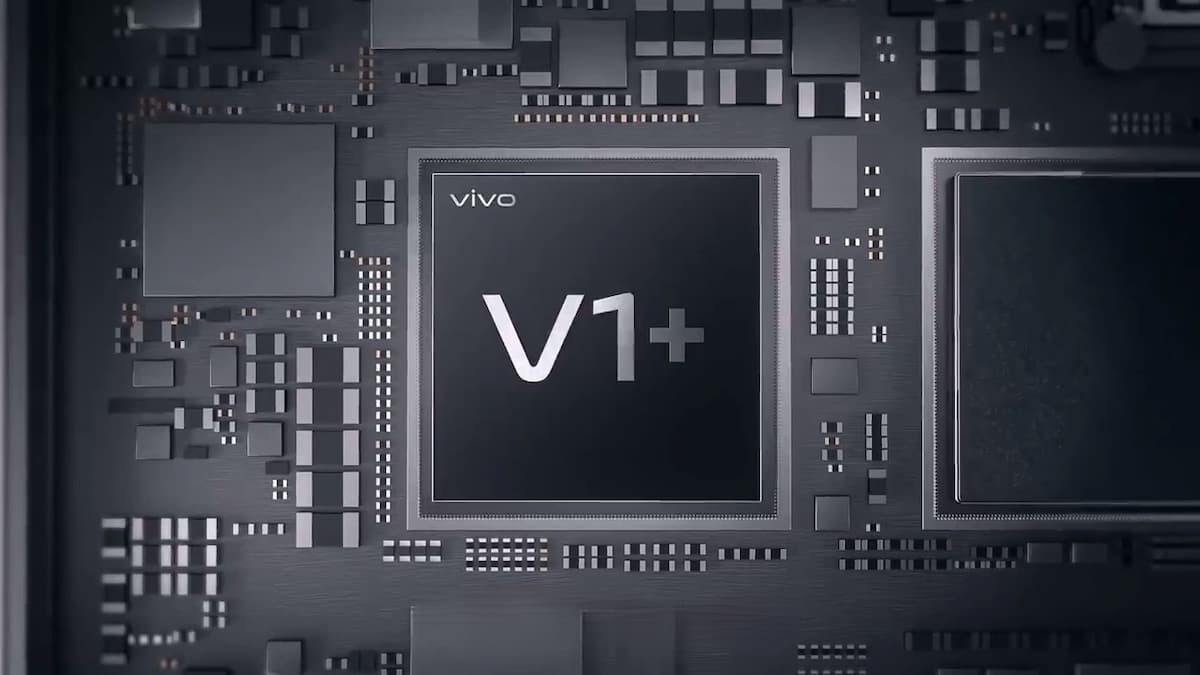 For years, in the flagship phone launch, each manufacturer will emphasize the power consumption tuning ability of the chip. Due to the process stagnation and other reasons, the cell phone chip performance in 2022 is limited, and even the power consumption continues to rise, the flagship phone is caught in the dilemma of homogeneous competition, and sales are reduced compared to previous years.

Only half a year has passed, and the second-generation chip is about to be unveiled. Before the release of the X80 series on April 25, Vivo disclosed important information about the new generation of self-researched chip V1+ to the media in a technical communication meeting in advance.

V1+ can run image processing algorithms independently and has also made a breakthrough in the field of performance and display for large-scale applications, which can effectively improve the visual experience of games and videos, with more applications and higher efficiency.

„Vivo’s self-developed chip V1+ not only evolves again in the image level but also breaks through to apply the chip in the performance and display fields, achieving two uses in one core,“ said Hu Baishan, Executive Vice President of Vivo.

Another upgrade of hardware-level computing photography

Because of the limitation of sensor size, the development of cell phone imaging technology largely depends on improving camera capability through AI algorithms. In the era when cell phones had only one chip, computational photography algorithms generally ran on CPUs, GPUs, NPUs, and other general-purpose computing units. These technologies triggered rapid improvements in cell phone photography capabilities, but a lot of computing power was wasted on scheduling and other tasks in image processing. As mobile photography relies more and more on AI, arithmetic power has become a bottleneck limiting the progress of imaging.

The specialized ASIC chip is more efficient in accomplishing specific tasks than the more versatile CPU and GPU. The upgraded V1+ chip continuously hardwareizes Vivo’s algorithm and brings out the best performance of the whole machine through creative joint CPU and GPU scheduling.

In terms of specifications, Vivo has integrated a 32MB host-level equivalent SRAM (static storage) on V1+ to achieve the highest computing performance, maintaining a real-world data throughput speed of approximately 8GB/s and reducing power consumption by 72%.

How to understand this? The V1+-enabled X80 series phones are capable of consistently producing clear video at high frame rates in environments where the naked eye can barely see.

The combination of powerful video noise reduction algorithms, V1+’s unique high-speed, low-power memory management system, and the coordination of the camera module and main chip is required to achieve the kind of results the X80 series can achieve in extremely dark environments. Most of these technologies were developed by Vivo, and currently, no other brands’ models can achieve similar results.

The same chip, the most powerful experience

Han Boxiao, product manager of Vivo, previously revealed that the X80 series of Vivo will debut a new GPU technology, and said that the MediaTek team had been stationed at Vivo, and both parties invested 300 people and significantly revolutionized the software channel architecture after 350 days of research and development cycle, and tuned the V1+ chip to the Dimensity 9000, making the X80 series of Vivo the best performing Dimensity 9000 flagship. More than 30 patents were generated in the process of collaboration.

V1+ achieves a 1+1>2 effect in performance with the mobile SoC, which enhances the performance of the Dimensity 9000 platform and enables capabilities such as the super resolution on the mobile side, as well as improving frame rates and reducing power consumption in games and videos, allowing users to use the same chip to get a better experience when using the same chip.

There have been no standalone chip-enabled MediaTek SoC flagships on the market before. In mid-2021, MediaTek introduced the Dimensity Open Architecture with the release of the Dimensity 1200, allowing cell phone manufacturers to use the underlying resources on the chip side to customize key features of the Dimensity 5G chip, including multimedia experience, AI hybrid precision optimization, camera processing engine and other areas.

Usually, an external standalone chip means increased power consumption, but the opposite is true in the X80 series. Through the collaboration between Vivo and MediaTek, V1+ has improved efficiency while taking on some of the SoC functions, and the combination of the two cores has directly reduced overall power consumption by 30%.

The V1+ is also a highly compatible chip, which Vivo says can be adapted on flagship chips from Qualcomm, MediaTek, Samsung, and other platforms. Vivo has become the only mobile device manufacturer in the industry that has achieved compatibility with multiple flagship platforms with its chips.

With the continuous investment in R&D, more and more applications have achieved experience enhancement through Vivo’s self-developed technology. At the event, Vivo introduced technologies such as Memory Color Full Link: through the self-researched AI Perception Engine, the phone has intelligent white plus black minus and intelligent AWB capabilities, which improves image brightness accuracy by 16% and white balance accuracy by up to 12% compared to traditional methods. The full-link technology achieves a comprehensive visual experience enhancement from perception, and shooting to screen display.

The high-end road must be self-research road

Such a system ensures that each generation of Vivo’s products can remain differentiated in a complex and highly competitive market, moving both quickly and steadily.

Fundamental research for long-cycle technologies is more uncertain, requires more investment, and can be riskier. However, for technology companies, jumping out of the current fierce competition and conducting strategic planning and innovation layout is a threshold that must be crossed on the way to growth.

In cell phone R&D, Vivo has been working on four long tracks of technology: design, image, system, and performance, and its long-term innovation layout has now been showing results. Its most representative case is self-research chips.