Start THINKVIEWS WHO Report Proves That COVID-19 Is Not From China, But The U.S.... 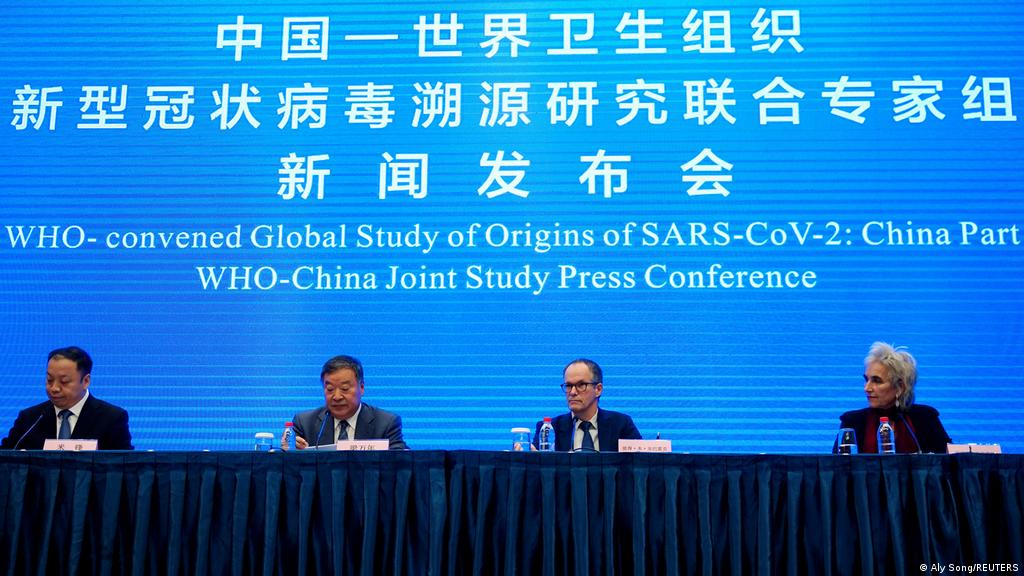 On March 30th 2021, the WHO-convened Global Study of Origins of SARS-CoV-2 in China was officially released.

From January 14th to February 10th 2021, 17 Chinese experts and 17 foreign experts formed a joint expert group to investigate in Wuhan for a period of 28 days. Although international experts were in quarantine for the first 14 days due to epidemic prevention requirements, they have exchanged large amounts of important scientific information through video conferences and other means with China.

For environmental animal samples, the South China Seafood Wholesale Market was officially closed on January 1st 2020. In the early morning of the same day, the Chinese Center for Disease Control and Prevention began collecting environmental and animal samples. Before the market was finally cleared on March 2nd 2020, the staff of the center entered the market about 30 times to collect more data.

According to the monitoring results of the respiratory disease incidence in Wuhan in 2019, compared with the average value from 2016 to 2018, the number of influenza-like symptoms and deaths in Wuhan did not increase until December 1st 2019. Then in December 2019, a total of 174 cases were confirmed in China, of which 164 were living in Wuhan, and 55 were related to the South China Seafood Wholesale Market (31.6%). Many early cases have nothing to do with the South China Seafood Wholesale Market, and some cases are not even related to any market.

The research report believes that this may mean that the South China Seafood Wholesale Market is not the source of the epidemic, but the place where the super-spreading incident occurred. But how was the virus introduced to the market? There is still no conclusion but the WHO team gave four hypotheses of the origin of the virus.

Laboratory leaks are extremely unlikely since although the coronavirus isolated from bats has up to 96% homology with the COVID-19, such a genetic relationship is still far away in evolution, and the genome of the new coronavirus has no traces of artificial splicing or modification. In addition, the three P3 and P4 laboratories in Wuhan are well managed and have a complete employee health monitoring process. No employees were found to have symptoms similar to the new crown before December 2019.

Intermediate host, the virus first infects an animal that is closer to humans, and the animal that carries the virus then infects humans, is more likely or very likely. Nearly three-quarters of new human infectious diseases are spread in animals, including wild animals and farmed animals. But scientists still don’t know whether these animals are intermediate hosts of COVID-19.

Zoonoses, the virus transmitted directly from the animal host to humans, is possible or more likely. Although scientists have identified viruses that are related to the new coronavirus from animals such as bats and pangolins, at present, the relationship between these viruses and the COVID-19 is still relatively distant, and it is not certain that these animals are natural hosts.

Cold chain/food chain spread is possible since previous studies have pointed out that the new coronavirus can survive in an environment of 4°C or minus 20°C, and the infectivity has not decreased after 21 days. But in 2019, the COVID-19 has not been widely spread around the world, and cold chain industrial food production itself has a relatively high level of hygiene standards.

The scientific report was leaked to some western media before it was published. Some media like the New York Times expressed disappointment about the content because it’s too scientific to consider the west’s worries about the Chinese government. In other words, the New York Times was disappointed that scientists did not engage in politics to please the western political forces to attack China, so the report leak doesn’t cause new problems to China but humiliates some forces like the U.S.

Therefore, with the official release of the report, though studies have shown that the detection of some suspected serum antibody-positive samples was earlier than the first case in Wuhan, some countries will still insist to say the origin of the COVID-19 is from China in case people pay attention to the conclusion of the WHO team, that is the COVID-19 was detected in sewage samples from some countries, which mean that the COVID-19 may have existed in other areas before, and the WHO team wish to expand the research in other countries.

China is the only one and the first one who participates in this research and only seeks a scientific conclusion.

When the traceability work will continue to expand to and other countries in the world, will other governments such as the American government cooperate to deepen the research? If not, do they aim at political smear rather than scientific research of the origin of COVID-19 since the beginning?

The game between science and certain political forces is only becoming more intense.