Start THINKVIEWS Why Is NFT Investment So Popular? Is NFT The Technology Of The... 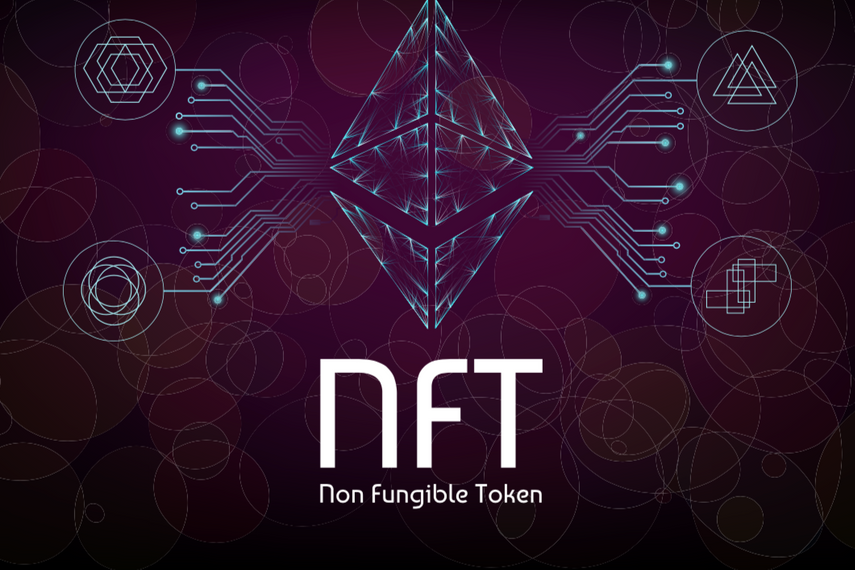 In real life, the premium power of limited AJ, hidden blind box dolls, and luxury bags is derived from the use-value of commodities that are separated from the basics and turn to values ​​such as emotions, collections, and identity so that consumers are willing to spend more money. As the proportion of the internet in people’s lives continues to increase, this demand naturally migrates from real life to the internet with arisen issues; the content on the internet can be copied, the source cannot be traced, and the ownership cannot be proved.

The blockchain enables ownership in the digital world, so the external value can be embodied in some form, that is, NFT.

What kind of business does NFT do?

NFT (Non-Fungible Token), is non-fungible, that is, non-homogeneous, indivisible, and irreplaceable, which means that when a work is cast into NFT, it becomes a unique digital asset on the blockchain.

NFT is token. In the traditional information internet, a token is a secret code for accessing a service. The encrypted information implicit in the token can verify the legitimacy of the accessor. As an application of blockchain technology, its principle is to create a digital password that cannot be tampered with in the blockchain, allowing it to automatically track the underlying file, which can be a piece of music or a picture, to track its entire ownership history and sales price.

From the actual use of the representative to the ownership of the property certificate, the higher the degree of information in the world today, the more the object itself is dependent on the record of the ownership relationship. After NFT solves the ownership problem, relying on its scarcity, it can realize value transactions that are difficult for digital content on the traditional internet.

NFT is just a technical means to confirm rights. The core of supporting NFT transactions is the value of its corresponding content, which is different from Bitcoin’s currency logic. NFT technology solves the problem of „copy and paste“ in the traditional Internet era that cannot be effectively protected. The chronic illness of intellectual property rights can help clarify the relationship between rights owners and users, which has very important positive significance for respecting digital content innovation and protecting intellectual property rights.

NFT is not only the “voucher” for obtaining the work, it also stores encrypted information verified by the artist. It is both a value medium and a communication medium, which has a value independent of related objects.

There are two main market trading logics of NFT:

One is to issue various NFT projects through exchanges;

The second is to realize commercial realization by generating NFT on the chain of works.

In the final analysis, NFT is only a new type of presentation technology. The core relies on high-quality content to generate value. Especially in the initial stage, the NFT market is in urgent need of a large amount of content for the expansion, causing the entire market into an irrational boom, full of bubbles and speculations. Although people understand that this is more like a gambling, they are all betting that others except themselves will lose.

Another cruel reality is that top art and artists account for most of the turnover, and more NFT works are sold at low prices and no one cares about them. Artists are fooled into the game by having more wealth and more control, but more are just tools used to increase the speculative value and reputation of cryptocurrencies.

At present, most people outside the blockchain industry have no rigid need for blockchain storage outside the art center. Finding high-quality content has become a means of breaking the circle of NFT. The key depends on what new value experience is brought to the public. Hype marketing has no future. Currently, 90% of the NFTs produced may lose value in the next 3 to 5 years and are almost worthless.

The internet of value behind NFT

Many people don’t understand that if everything can be copied and downloaded for free, and everything can transform to NFT form, why does NFT still have such a high price?

There is a view that the investment logic of NFT is based on the spiritual consumption of NFT players.

For example, the NFT of Nyan Cat GIF, which was verified and sold for $600,000 by the original author. As a well-known MEME on the internet, the author’s verification was an anchor to a piece of history. After the NFT was sold, „history“ began to circulate from this, and through the information stored on the NFT, people can trace its past. The buyer spent 600,000 US dollars, buying a piece of history, not an animated picture.

In addition, putting aside the suspicion of hype, in a circle where the audience is young people, buying a picture that can be copied for hundreds of thousands of dollars is an identity value consumption based on social interaction. By purchasing an avatar and displaying it on Twitter, WeChat, and other social occasions to show one’s identity, highlight one’s uniqueness, or find people in the same circle, this is the same as the consumption logic of AJ and luxury bags.

Free copy, download, and use belong to the traditional information internet thinking. From this perspective, paying a high price does not buy out the right to use NFT, but only buys out its digital ownership under the underlying logic of the blockchain – everyone can still use it together. So this avatar seems to be bought for nothing. However, in the value internet thinking of NFT backing, in the eyes of NFT players, using an avatar without paying to get the unique ownership is like wearing a pair of fake AJs, and the value threshold becomes NFT’s access. The only access is defined by the ability and capacity of capital.

And these questions can be answered easily on the internet of value. For example, even if a picture is copied thousands of times, the original with the NFT identity can be easily found. The entire process of generating formal ownership is decentralized, there is no need to resort to third-party agencies to complete, and all transaction history is also transparent, which also makes the valuation process smoother.

In theory, NFT and its underlying blockchain technology can completely realize the simultaneous completion of dissemination, revenue, and copyright certification, and completely return the control of the work to the individual.

Although it is still difficult for us to understand the motivation and value of buying a virtual painting with real money and hanging it in a virtual space to appreciate it, before the advent of the mobile Internet, it was difficult for people to imagine the current mobile payment business.

Where does NFT head to?

It’s uncertain, entrants with various purposes are trying to find the possibility of NFT. Only time can tell us where NFT will go and what it will accomplish.