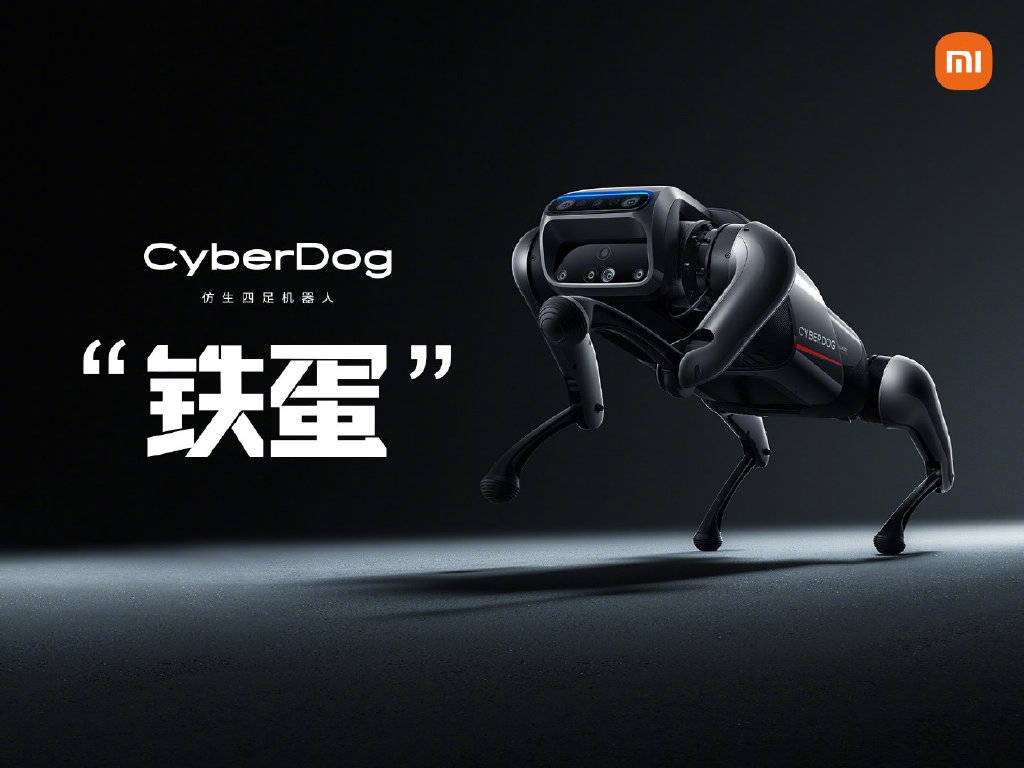 CyberOne is 177cm high with 52kg. The front of the head is a mask with the outer layer of translucent material, and the inner layer of OLED and soft light effects, plus 2D bending fit display module for real-time expression of robot emotions.

CyberOne upper limb joint motor has a highly efficient motor with a weight of only 500g and a rated output torque of up to 30 N-m to ensure upper limb flexibility. CyberOne hip joint main motor instantaneous peak torques up to 300N-m, with a self-developed humanoid bipedal control algorithm to help walking more smoothly. In addition, CyberOne weighs 1.5kg with a single-handed vertical grip on the object.

CyberOne uses a high-performance, miniaturized motor-based dry system as a movement capacity support, and does not use too much mechanical performance of the more powerful hydraulic wet system. This choice caters to the general trend of gradually replacing the wet system with a dry system in the new energy era.

In terms of sensors, a depth camera with an AI camera to help the robot income real scenes and objects, through the CV algorithm to obtain a three-dimensional model of the object to achieve obstacle avoidance, so that CyberOne can focus on key objects. Plus, CyberOne can recognize 6 categories of 45 human semantic emotions, and 85 kinds of environmental sound recognition through natural language processing algorithms.

CyberOne also implements a special feature called „drag-and-drop learning“, which is like a parent teaching a child to use a tool for the first time. The robot has to be able to remember to learn the action and repeat the execution through the sensor and software layer, which the engineers hope to achieve through the drag-and-drop learning function, allowing the robot to simulate the human learning process.

The R&D difficulty of humanoid robots

The humanoid is recognized as the ultimate direction in robotics, as well as the most technically difficult and requires the most investment.

In terms of body structure, humans have evolved over millions of years to walk upright on two feet and operate tools with two hands, but by the power of natural selection. Building a robot with the same physical functions as humans by the technology is a god-playing work.

For behavior analysis and decision-making, humanoid robots need to behave like people and solve complex problems, which requires a comprehensive understanding of the environment and a multimodal combination of reasoning and interaction.

From the public information, CyberOne has the ability of spatial perception and cognition first. CyberOne is equipped with a self-researched Mi-Sense depth vision module, combined with an AI interaction algorithm, so that it not only has complete three-dimensional space perception capability, but also can realize character identity recognition, gesture recognition, and expression recognition, so CyberOne can not only see but also understand.

CyberOne also can sense and perceive emotions, which is partly inherited from Xiaomi’s Xiao AI touch Screen Speaker team. The team began to build an emotional training model and environmental speech semantic model a long time ago. This aspect of technical requirements on the software and hardware is high, and not yet open to the public users.

In the next period, CyberOne still needs to improve many parts, such as finger dexterity, software architecture integration, and intelligent algorithms.

Why does cell phone manufacturer Xiaomi make a humanoid robot?

For example, the universal focus-chasing algorithm initially used on the CyberDog can also be used for cell phones; Xiaomi’s autonomous driving is progressing very fast because the technology verified as mature for the future humanoid robot also has the opportunity to support car building.

Humanoid robots today can be roughly divided into three directions according to product positioning: Beyond humans, represented by Boston Dynamics, aims to pursue the ultimate function to achieve the ability to move beyond humans. Alternative people, represented by Tesla, announced last year to build a humanoid robot. Serving people, relying on the human form to better study human perception, cognition, decision-making, and execution processes to better serve people, which is the direction chosen by Xiaomi.

Xiaomi is jumping out of the classical smartphone manufacturer by making improvements and migrating to various scenarios within the technology ecosystem. In the future, when people talk about Xiaomi, the first keyword may be a tech giant rather than a smartphone brand.