Start THINKVIEWS Zelensky: from acting as a President to being a President 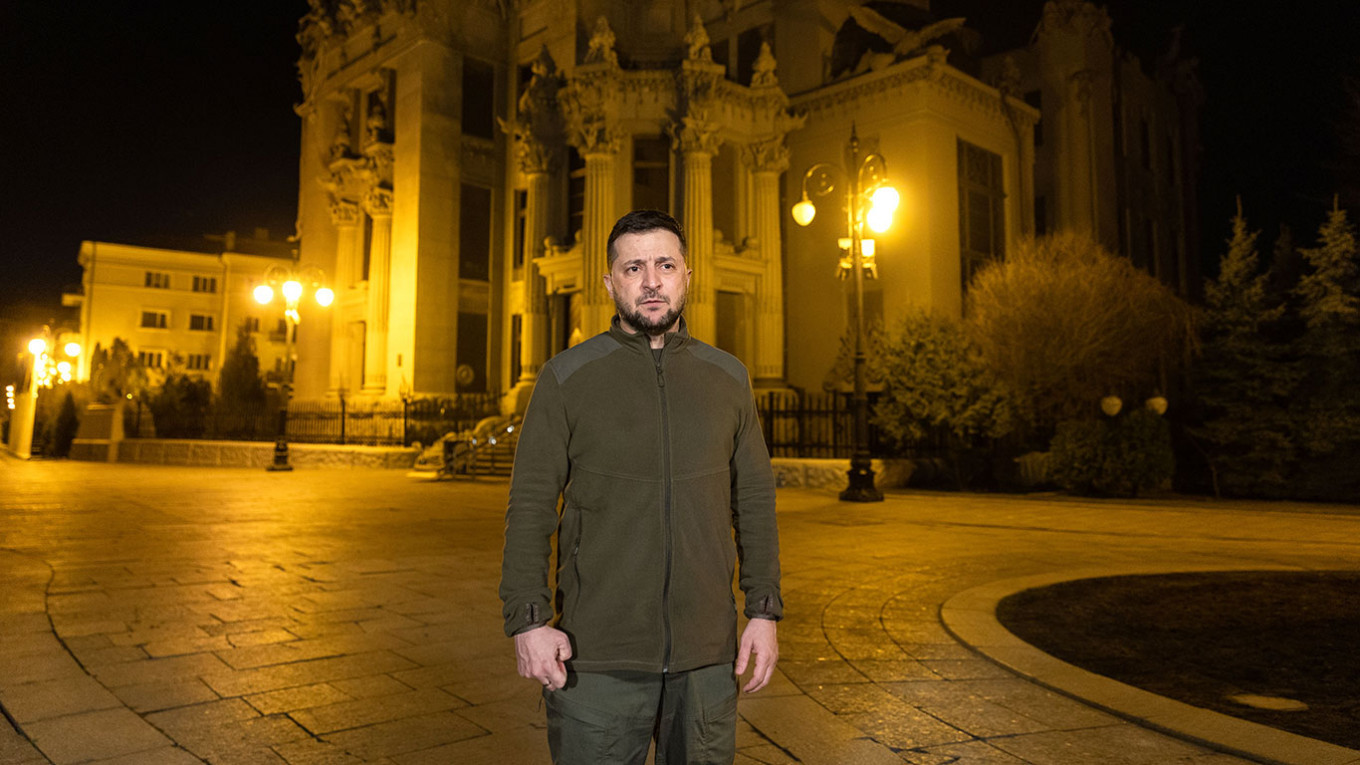 With the outbreak of the Russian-Ukrainian war, Ukrainian President Zelensky gradually came into the view of the people of the world. Before the war, many people did not know him, but during the war, his name was on the front page of the world media.

What is Zelensky’s background? How did he become president?

Zelensky was born into a Jewish family. His father is a professor and computer scientist and the head of the Department of Cybernetics and Computing Hardware at the Kryvyi Rih State University of Economics and Technology. His mother used to work as an engineer.

As a child, Zelensky spent four years with his parents as his father was sent to work in Mongolia. At the age of eight, he finished the first grade in elementary school in Mongolia and then returned to Ukraine.

At the age of 16, he passed the TOEFL exam and planned to study in Israel, but his parents wanted him to study law in Ukraine and become a lawyer in the future. Zelensky followed the wishes of parents but he did not like the profession at all and never practiced law again after a two-month internship.

What really interested Zelensky was acting. As a student, he performed in theaters, and in 1997, he and his peers formed the comedy team „Studio Kvartal 95”, in which Zelensky was the leader, actor, and writer. The performances of team were bold and eye-catching, which toured the CIS countries to great acclaim and he became one of the most influential stars in the Ukrainian entertainment industry.

In 2011, Zelensky was appointed general producer of the Ukrainian TV channel Inter TV, and a year later he started working with the Ukrainian network 1+1 TV, where he met Ihor Kolomoisky, CEO of the channel, one of Ukraine’s wealthiest men, an important shareholder of the Ukrainian state-owned oil company, and governor of Dnipropetrovsk Oblast.

After befriending Ihor Kolomoisky, Zelensky gained a lot of resources and appeared in many popular series and movies. In 2015, Zelensky appeared in the political comedy Servant of the People.

In the series, Zelensky plays a high school history teacher – Vasily Petrovich Goloborodko. During one lesson, the school asks his class to set up the polling station for the presidential election, and the exasperated Vasily starts to sarcastically complain about the past presidents of Ukraine. This scene was accidentally filmed by the students and uploaded to the movie website, where people watched the video and agreed with his words. Vasily became so popular that people nominated him for the presidential election. In the play, Vassily was successfully elected president and changed many parts of the country.

In late 2017, Zelensky formed a centrist political party, Servant of the People, and officially registered it on 31 March 2018 on the basis of the previously registered Party of Decisive Changes. Then in 2019 he joined the presidential election. Credit to the series, Zelenski won people’s favor without much effort, plus he promised to give teachers and doctors the salaries they deserve, create a better retirement system, punish oligarchs and corruption at all costs, etc. Everything was promised as it was shown in the TV series, and this excited the whole of Ukraine because the people expected so much that the president played by Zelensky could become a reality.

In the 2019 presidential election debate, Zelensky ranted about then President Porochenko’s ineffective rule and failure to resolve the conflict in the Donbas. Porochenko mocked him, saying that if he were in power, he would be no better and would have to kneel in front of Putin. Zelensky immediately retorted: „I can kneel, as long as Ukraine does not kneel. I will kneel to every mother who can’t wait for her son, to every child who can’t wait for his/her father, to every woman who can’t wait for her husband. Can you?“ Then, Zelensky knelt on the spot. This speech gained Zelensky 30.24% of the first-round votes, ranking first.

After the final tally of all the votes, Zelensky received 73.22% of the votes, while Porochenko only had 24.45%. Zelensky’s share of the vote set a new record for the Ukrainian presidential election. However, the presidential campaign was more like a TV show.

Although there was no doubt that Zelensky would revolutionize Ukraine. However, even the bubble of dreams has to burst eventually. After Zelensky took office, he appointed a large number of TV producers and other politically inexperienced entertainers to key positions in the government, which led to discontent among some people who questioned that Zelensky was running a show business government, and within a week of Zelensky’s appointment, 70,000 people wanted him to step down. Without a script and director, Zelensky was at a loss as to how to act after his ascension to the presidency, and his habit of following orders made him a puppet president.

International public opinion at the time playfully teased that the only political experience this new president has is having been president in a TV show. The New York Times commented that Zelensky’s success was a product of a particular time since the orange revolution in 2004, Ukrainian politicians of all stripes have promised to tackle corruption and lead the country out of the mire, but none have succeeded. The people have lost trust in traditional politicians, and Zelensky, a political freshman, has brought a fresh feeling and new hope to the people.

However, Zelenski’s performance after being elected president was not satisfactory. The promises he gave to the people during his election campaign – ending the war in the eastern part of Ukraine and the bloody conflict in the Donbas, increasing reforms in the economic sphere, and fighting corruption in the country – have not been fulfilled at all.

Moreover, before he came to power, he promised to fight the oligarchy in Ukraine, but it was later revealed that his initial campaign was financed by an oligarch, Ihor Kolomoisky, and after becoming president, Zelensky handed over some telecom properties to this oligarch. In addition, data show that Ukraine’s GDP in 2020 was down 30% from 2019 and per capita income was at the bottom of Europe. Zelensky’s lack of political experience is becoming more and more exposed, and his approval rating has fallen during the COVID-19 epidemic. By the end of 2021, his approval rating has dropped to 31% from 73% at the beginning of his election.

Understanding all this, and then looking at the current Zelensky, it is not even known whether he is playing the president or playing himself.

When the Russian-Ukrainian conflict continuously develops, Zelensky shows everyone an image of a tough man who is ready to die.

When the U.S. offered to take him out, he said righteously that he needed ammunition not a free ride.

When Russian troops arrived, he said calmly that he wanted to stay with the front-line soldiers and defend Ukraine.

However, none of his touching words but weak actions can practically save the country. To this day, Zelensky may understand that the real actors are the oligarchs who put him in the presidency. Likewise, those who voted for him can understand that the war that is raging today is the price of brainwashed fans. And the result of Zelensky’s unreal creation is that the whole population pays the bill.