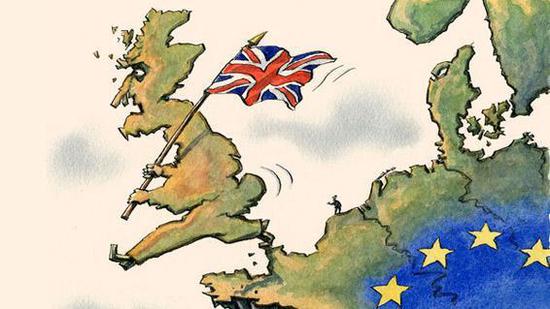 UK is outraged by the ban on the broadcasting of BBC World News in China though BBC plays a leading role in producing and promoting fake news against China. Foreign Minister Dominic Raab called the decision „an unacceptable restriction on freedom of speech“ without judging any fake news from BBC. The announcement is particularly ridiculous in light of the revocation a week earlier by the UK media regulator of the broadcast license of the Chinese English-language satellite TV channel CGTN (China Global Television Network). The UK explained its decision by the fact that it „came to the conclusion“ that the license holder did not meet the legal requirements.

The rules stipulate that license holders must, among other things, exercise editorial oversight of broadcast programs without being controlled by any political structure. The UK believes that the license holder (privately-owned Star China Media Limited) „is fully controlled by the Chinese Communist Party“ without presenting any firm evidence.

In recent years, BBC continuously publishes fake articles about China, such as how the Uighur suffer from work, study, birth control, the social system in China, which makes the public criticize the Chinese government entirely and ignore the fast development of the economy, continuous growth of population, wide integration of ethnicity in Xinjiang. Though BBC claims to be independent of the UK government, its indifferent tone of foreign issues with the UK government still reveals the tight connection between the both.

Hongkong, where the sides clashed in earnest. Going beyond the usual ominous and judgmental rhetoric of China’s clean-up efforts, the British authorities are making it easier for residents of the Special Administrative Region to enter the United Kingdom and will grant them citizenship through a simplified procedure. Even HK is no longer part of its business, the UK always wants to interfere in the Chinese sovereignty and claims its ownership of HK. In response, China stopped recognizing British Citizen Overseas passports that were issued to Hong Kong people before 1997 as identity and travel documents as of January 31st.

This is absurd because until quite recently the situation was exactly the opposite. The two countries have consistently built a strategic alliance with colossal mutual investments and grandiose partnership plans. The scale of cooperation was such that it was no coincidence that a „golden age“ was proclaimed at the highest level in relations between the two countries. And the experts unanimously argued that it was the Sino-British alliance that would determine the fate and face of the planet for the coming decades.

However, last week, the chairman of the committee Richard Drax of the UK said „Investing in defense supply channels from all countries, including Russia and China, which are not on the approved list, should be prohibited.“ He is convinced that London cannot afford the principle of non-interference of the state in the economy in relation to security and sovereignty.

Foreign investment is widely practiced in the UK defense sector, according to the committee’s report. In light of this, the committee called on the Ministry of Defense to publish a list of „friendly“ countries whose investments are acceptable and desirable, and countries outside this list, in particular China and Russia, should be prohibited from investing. How the UK thinks about the relationship with China has so many similarities to the USA, and their unreasonable actions are even more similar.

The alliance did not last even five years. Moreover, no other country in the West, with all the growing friction with Beijing, is destroying the established interaction with it, and even with such fierce enthusiasm as the British are doing now. Moreover, just before the New Year, the EU, ignoring the discontent from overseas, builds a comprehensive trade agreement with China.

There are many versions explaining the strange self-destructive policy of the United Kingdom. Some insist that London is forced to unquestioningly obey orders from Washington. Others believe that the plans of the British, who counted on the colonial habit of exploiting the Chinese to their advantage, did not work. On the contrary, Beijing was extracting more bonuses from bilateral cooperation – and the island’s authorities are now blowing up unfulfilled hopes. Still, others are building complex concepts, according to which ingenious strategists in closed London clubs are playing another ingenious geopolitical game, the plan of which will be revealed later and will bring a huge benefit to their country.

However, after the amazingly losing one under the terms of Brexit, after all the high-profile scandals in parliament and the mediocre decisions of Downing Street, any thoughtfulness of the actions of the British authorities, even two steps ahead, is simply impossible to believe. In reality, there is only the lack of professionalism of politicians, the immediacy of their motives and a sincere belief in their own exclusivity and superiority.

This has steadily led to the idea that British politics of recent years, which looks like a heap of nonsense.