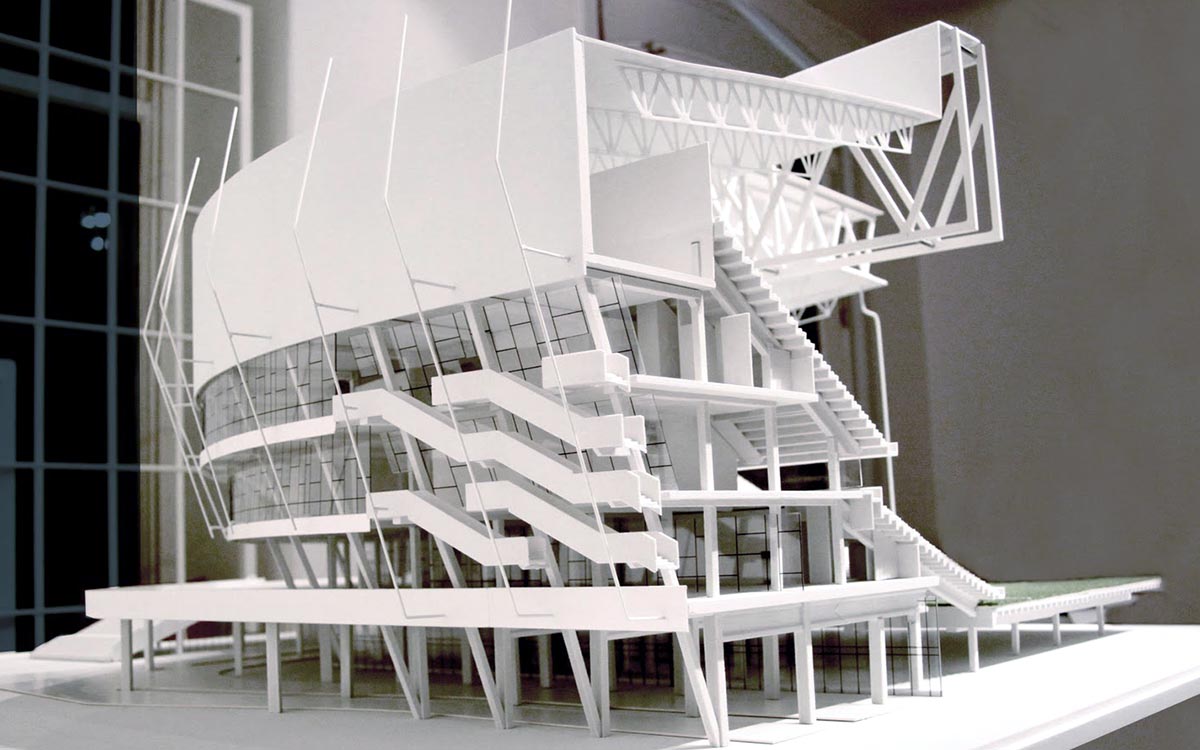 Scientists from Imperial College London and Queen Mary University of London have successfully developed a 3D printing device for building materials and a high-precision material deposition actuator that can be mounted on a drone, and have developed autonomous navigation and task allocation method that enables the communication between multiple drones, as well as optimizing the number and time allocation for simultaneous printing of drones.

By combining the respective advantages of a free and flexible flying UAV and a parallel robot with high precision and high rigidity, the instability of the UAV in the air is successfully solved, and the error of its end-effector is controlled within 5 mm, making aerial high-precision 3D printing by UAV possible.

Considering the uncertainties such as expansion or sinking during the deposition of different materials, the team introduced a measurement and evaluation method for the printed structure based on 3D image scanning and reconstruction technology, effectively controlling the accumulation of errors between the printed building mechanism and the design model during the printing process, and adjusting the flight trajectory of the UAV in the subsequent printing process in real-time.

On September 21, the paper was published as a cover article in Nature under the title „Aerial additive manufacturing with multiple autonomous robots“.

The first author of the paper is Ketao Zhang, an assistant professor in the School of Engineering and Materials Science, Queen Mary University of London, and the corresponding author is Mirko Kovac, a professor in Aerial Robotics, Imperial College London.

3D-printed buildings by drones may look cool, but in reality, it took almost 10 years to go from idea to gradual optimization and full scientific validation.

In 2014, Professor Mirko Kovac’s team came up with the idea of 3D printing buildings from drones. In the initial stages of the study, researchers fixed the 3D printing device underneath an unmanned person. However, the problem came with the small changes in the UAVs’ positions in the air, which caused a wide range of deviations in the material deposition head of the printing device, seriously affecting the material printing results.

To ensure high accuracy in 3D printing, it is necessary to avoid the problem of proportional enlargement of leverage errors. This problem is often caused by the tilting of the 3D printing nozzle due to drone position and attitude deviations, and the team uses control algorithms to combat this problem.

After joining the team in 2016, Ketao Zhang proposed to retrofit the UAV with a nimble miniature Delta parallel manipulator, successfully solving one of the technical bottlenecks of the research, namely the high-precision 3D printing of construction drones. The final print accuracy of less than 5 mm was achieved in a laboratory environment, with a cylindrical print head of 8 mm in diameter. „This is currently the highest level of printing accuracy in a lab environment based on mobile robots with flying robotic devices.“ Zhang Ketao said.

It is noteworthy that the UAV platform was designed by Zhang Ketao and his team independently because the existing UAVs on the market could not achieve the team’s printing goals. They optimized the design through continuous experiments to achieve a structure that does not collapse after the deposition of material layer by layer. After studying the preparation and selection of its blending ingredients from a materials science perspective, the team ultimately designed two 3D printing drones that can print cement-like materials and low-density polyurethane foam respectively.

Real-time measurements were another challenge for the team. They used a dense mapping algorithm to reconstruct the 3D mesh and then obtained the height of the deposited structure from the 3D reconstructed digital model, enabling the 3D printing of layers on top of each other.

The traditional building design is largely limited by existing construction methods and tends to be one-size-fits-all in terms of structural design. The advantage of 3D-printed buildings is that they are design-driven and can be designed to suit individual preferences or needs, allowing for personalized and more complex structures.

Because construction drones come with their power supply to print materials, they are not limited by building height or material delivery pipelines when 3D printing. This method also reduces carbon emissions during material transportation compared to traditional construction methods.

Recent research in structures shows that nearly 40 percent of the materials used in solid structures for traditional buildings can be saved from the structural load-bearing capacity perspective of structural mechanics. It is reported that the team has been granted patents in measurement algorithms and other related aspects. At present, several large construction companies in the UK have already cooperated with them to transform the results of the technology.

Ketao Zhang believes that the fastest application scenario for the technology to land could be in high-rise buildings or infrastructure restoration work. The method is not to „steal jobs“ from construction workers, but by the drones to complete the repetitive, high-risk factor of work. It frees up people to tackle more complex and varied design and planning tasks.

The technology could also potentially be applied to the manufacture of buildings on Mars or the moon. Of interest is that the method is not only applicable to drones, it is also suitable for guiding the cooperation between drones and ground mobile robots, and the collaborative printing of multiple autonomous robots.

For post-disaster reconstruction efforts, the technology can also give relevant support, such as the handling of emergency facilities or temporary building reconstruction. If an earthquake occurs in an area, the distribution of materials is often greatly affected when roads are destroyed and vehicle movement is obstructed. Remote delivery by drones and multi-robot 3D printed construction technology can be used to build temporary structures.

In the future, the technology still has some difficult points to overcome. For example, how to charge the drone, and how to better store energy for the drone through wireless or other ways. Ketao Zhang said, „meeting the continuous power supply for drones requires a high degree of techniques for the battery material and charging method. We envisioned solar cells, but their performance is currently not sufficient to power drones.“

Moving the technology from the lab to an environment outside the lab is another challenge. Inside the lab, the team uses a motion-tracking system to control the drone’s position. „In outdoor scenarios, we may later use vision-based real-time positioning and map construction methods for the real-time perception of the environment for the UAV or robot due to the large error of positioning systems such as GPS,“ said Ketao Zhang.

On the other hand, 3D printing materials are also the direction that the team will continue to research. Currently, cement-like materials can achieve the performance of ordinary cement ingredients traditionally used.

According to Ketao Zhang, the goal of his research in the near future is to enable people and robots to show their talents and capacities and better collaboratively enhance the digital development of the construction industry.

Therefore, the direction he would like to continue exploring in the future is foldable, structurally dexterous robots and their use in digital manufacturing, human-robot collaboration, extreme environments, and deep space applications to solve more complex and diverse scientific challenges.