Start THINKVIEWS French Sinologist Thierry Meynard: Civilizations Learn From Each Other, How Does China... 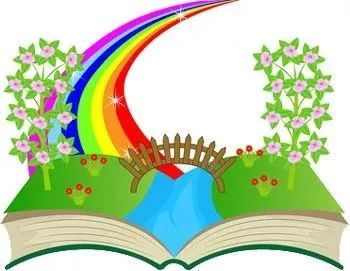 Today’s world is in the age of globalization, but there are still many gaps, misunderstandings, and contradictions between China and the West. How should China engage in dialogue with the world? China News Service made an exclusive interview with Thierry Meynard for an in-depth interpretation of this question.

Thierry Meynard, a French sinologist. He mainly studies the exchange of Chinese and Western thoughts, Western classical philosophy, and contemporary Neo-Confucianism. So far, he has published more than 10 Chinese and English monographs and more than 40 papers in domestic and foreign journals.

In your opinion, what makes the Chinese civilization resonate with the world and learn from each other?

The Ancient Silk Road, which began in the Western Han Dynasty in China and the Roman Empire, was one of the earliest windows of cultural exchanges between China and the West.

Many Europeans came to the East in the 13th century, such as Marco Polo, but the scope and influence of the exchanges at that time were not particularly large.

Large-scale exchanges between China and the West began in the 16th century. At that time, the three religions Confucianism, Buddhism, and Taoism were united, and China ushered in the opening of cultural thoughts. Many Westerners came to China, the Portuguese led a merchant fleet to Macau. Missionaries followed one after another and entered the mainland of China. This opened a channel for cultural exchanges between China and the West without interruption in history, and in this process, Eastern and Western cultures began to merge.

You said that „the encounter between Chinese and Western cultures is still in its preliminary stage.“ Why is this evaluation?

We cannot deny that the past exchanges have laid a good foundation, but the understanding between China and the West is still relatively superficial. We believe that there will be more in-depth exchanges and mutual learning between Chinese and Western civilizations in the future.

The biggest influence from the West on China is education. Education in ancient China was biased towards theoretical teaching, reading ancient books such as the Four Books and Five Classics. Western learning has made Chinese education more modern, international, and specific. With sub-disciplines, vocational education has cultivated a large number of skilled talents.

Secondly, Western individualism also influenced China deeply. From the Republic of China period to the present, China has paid more and more attention to individual subjectivity and social value in the process of modernization. Among them, the promotion of women’s liberation has enabled Chinese women to play more roles in various fields.

Since the 16th century, many businessmen came to China with missionaries. For the first time, Europe recognized the pluralism of civilization. Europe originally regarded itself as the center of civilization. Through the reports and books of missionaries, they discovered that there was still Chinese civilization in the East, and other civilizations.

The Chinese imperial examination system also had an important influence on the West. From the Middle Ages to the 17th century, European officials were mostly obtained through an aristocratic hereditary system or money trading. Missionaries discovered that China has a relatively complete management model and a fair examination system. They introduced this system to the West, and this was a very important element in the process of Western modernization.

During the Ming and Qing Dynasties, Confucianism began to spread to Europe. Later, many ancient Chinese classics were translated and published in Europe. Many modern and contemporary Chinese literary, painting, calligraphy, costumes and other arts are also loved by many people in Europe till now.

What are the commonalities in Chinese and Western cultures? Faced with differences in language, religion, and customs, how does China talk to the world and how do you solve the problems?

The first is humanism. Both Chinese and Western cultures have strong humanism and humanistic traditions, and are not limited to the material world and instinctive desires, with a cosmological outlook.

The third is spiritual civilization. This can transcend the latitude of time and space. For example, speaking of „God“ in China will immediately think of the Jehovah. But in fact, the word „God“ has been in China since ancient times and is recorded in the Four Books and Five Classics. The myths and stories of China and the West also have something in common.

There are many differences between Chinese and Western cultures. I think that the Chinese people have a good understanding of the West, but the West does not have that deep understanding of China, nor do they have so many opportunities. The most important thing for mutual learning among civilizations is interpersonal communication, which can promote mutual understanding and cognition and avoid conflicts.

In your opinion, why does the West always misunderstand China? How to solve this problem that affects the exchange and mutual learning of civilizations?

The fundamental reason is that the political systems of the two sides are different and their understanding of issues are different. There are many voices about China in the West. Misinterpreting certain extreme claims about China is just a voice and cannot be generalized. For example, remarks that discredit Xinjiang’s “genocide” are very serious and absurd.

China must also make more efforts to establish a good national image, and explain to the West that China’s one-party governance also allows different voices and concepts, and will not move towards extremism. The West should give more understanding and acceptance to the Chinese system’s advantages.

Now the Western system is also encountering many difficult problems. Multiculturalism and pluralism have brought some conflicts in the West. In the United States and Europe, racial discrimination has occurred between different cultures, religions, ethnicities, and skin colors.

We must tolerate each other, and we cannot turn Western values ​​into values ​​of other civilizations. We must communicate, dialogue, and reflect on each other, give up cultural hegemony, and create a better future.