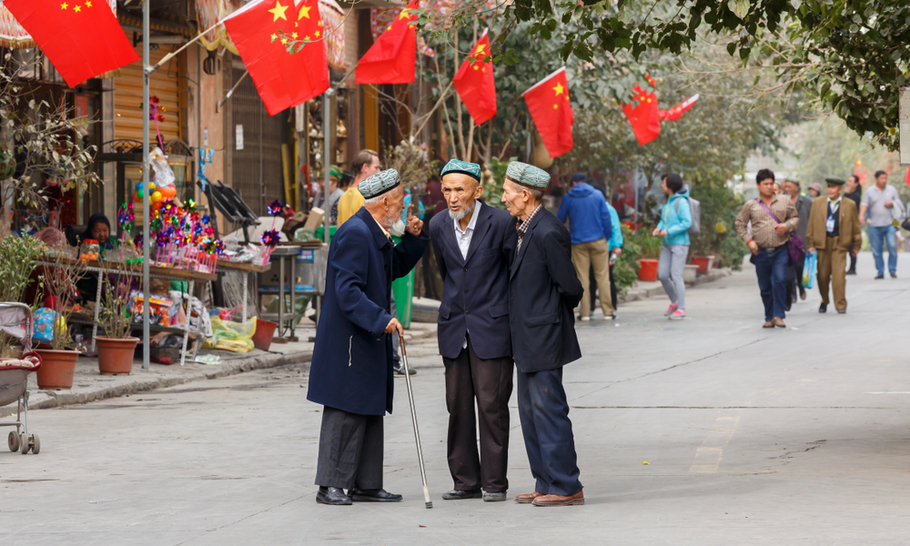 Gunter Schöch, founder and managing director at Debrouillage, a German consulting company focusing on the secondary industry, having over 30-year consulting experience in international issues and strong interests in China-related issues, recently talked about his understanding of a series of western smears about Xinjiang.

At present, the European Union has issued travel and asset bans on Xinjiang-related project leaders and their families, and China has also adopted reciprocal countermeasures. This friction has dimmed hopes of signing a China-EU comprehensive investment agreement by the end of this year. The driving force behind the EU sanctions is the transatlantic alliance, and the United Kingdom, the United States, and Canada have also actively mixed in. We haven’t seen this kind of scene for many years.

In fact, few people in Europe know the real situation in Xinjiang, but it seems that everyone has heard about the Uyghurs and that China has carried out „genocide.“ According to my research, I found that all these narratives come from very few sources, and most of these sources have preset positions; the information they convey is not all in line with my own personal experience in China.

Therefore, I believe more in my logic and some clear facts.

On the Xinjiang issue, China is in a very difficult position to please other forces, and it is easy to be attacked and blamed. We know that no Western country can deal with Muslim radicals and even terrorists well; no country can protect its people while avoiding overcorrection altogether.

Some militants have been trained in Central Asian countries such as Afghanistan. Back then, the Americans cheered for them and even recruited, funded, and trained them, as long as they were willing to fight against the atheist Russian Communists in Afghanistan. Some of them turned to fight for the so-called „East Turkistan“ or „Uyghurstan.“

From 2006 to 2018, dozens of Islamic terrorist attacks in Europe caused nearly 400 deaths; as far as I know, the number of deaths caused by related terrorist attacks in China over the years is more than double that of Europe, and the victims also include many moderate Uyghur compatriots.

I think it is necessary for Westerners to understand the seriousness and root causes of this problem, so as to better judge whether China’s response is appropriate and reasonable. Today, we only see the actions of Chinese government departments, and this has been discredited as „genocide“ – the cultural level and the original meaning of „genocide.“

Why don’t we think about the problems we face when we try to integrate Muslim groups into Western society? For example, how to deal with the minority of Muslims who want to engage in terrorist activities and successfully prevent their actions? Is the „war on terrorism“ in Afghanistan, Iraq, and around the world just and successful? How did the West hold the banner of human rights, but established a global secret prison system, where detainees have not been interrogated fairly and openly for many years, and have been abused like animals, and some people have been tortured and humiliated?

In Germany, some of our basic views are the same as those of China. Freedom of religion is okay, but extremism that “hate preachers” incite believers to attack the existing constitutional order is forbidden; Germany’s laws based on the secular state are higher than religious creeds.

The best way to avoid extremism is to promote their integration into German society. Fundamentally speaking, it depends on their knowledge of German. The second key element is to provide them with enough jobs to earn a living, which in turn requires them to have a considerable level of education. These measures may require a large amount of investment, and even a certain mandatory method to ensure participation.

For example, going to school in Germany is a legal obligation. Among them, even Muslim girls have to take swimming lessons, even if some devout parents think this is inappropriate. We often discuss whether Muslim women should cover their faces or wrap their bodies. This kind of rule is basically regarded as should not exist because that men and women have equal rights, and Islam discriminates against women. However, some Muslim women think that this is offensive and that their religious freedom has been violated.

These are just a few examples, but it can be seen from them that, fundamentally, China and the West face some similar problems, and their solutions are also similar. The problem is how we evaluate these measures and their results.

Moreover, many people in the West don’t really care about Uighurs or Muslims. A referendum in Switzerland banned the establishment of Islamic minarets; the earliest policies of the Trump administration in the United States included the „ban on Muslims“; American white supremacists are working hard to defend their unconstitutional privileged status…about extremism, race, and religion There are many examples of equality issues around the world.

However, this time I don’t want to entangle too much on this issue, because all the accusations actually serve political goals.

I feel that Xinjiang is such a bargaining chip. Some people who voted for sanctions are motivated by the so-called fight for justice; others have a deeper intention, trying to reinforce the narrative that „the Chinese government is an oppressive regime“ because it is in line with their political agenda.

There is a big ambiguity between the surveillance of extremism and the surveillance of the general public, the promotion of integration into mainstream society and cultural oppression, and the vocational training and labor camps of millions of people. From the perspective of the western tinted glasses, these are immediately reminiscent of concentration camps and extermination camps.

In this context, it is too easy to discredit China. Some thought leaders did just that, and the media eagerly followed up without doing any due diligence – even if they wanted to do it, the news was difficult to confirm.

One thing is suspicious about the noise of European interference in Xinjiang. The situation in Xinjiang is not new. The negotiations on the China-EU Comprehensive Investment Agreement were mainly conducted during the Trump administration. The new Biden administration now wants to get involved, even though the United States is not a relevant party.

In fact, the China-EU Investment Agreement will open up the Chinese market for European companies, which is also the common wish of the Western world. China will abolish some requirements on conditions such as joint ventures, forced technology transfer, and holdings. China has promised to be „comparable to the European Union’s openness“ in foreign direct investment.

In fact, the EU is trying to obtain the terms of the 2020 „China-US Phase One Economic and Trade Agreement“ – an agreement that gives American companies in China an advantage over European companies. It would be naive to think that after American taxpayers and voters have taken the pressure of a fierce trade war, the US government does not want to retain this advantage over European allies.

This is very critical. With the excuse of Xinjiang, European decision-makers can escape the notoriety of being a puppet of the United States after Biden gets the power. Choosing Xinjiang as an excuse to be firm under the banner of the core European philosophy, so called human rights is a very face-saving approach.

The corresponding price will be very high, especially since the German economy could have greatly benefited from the national treatment in the Chinese market. However, this price is invisible to ordinary people, and the negative impact related to the Biden administration is obvious.

Volkswagen’s direct investment in Xinjiang will directly reflect the theme of this article. Volkswagen and its joint venture partner SAIC have a factory in Urumqi, which was attacked by German public opinion. It would be great if everyone could hear the voices of local employees. In this way, they would not be surprised that Uyghur employees might actually like these jobs.