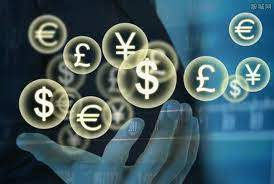 For a long time, digital or crypto currencies have been hailed as the future of finance. Starting in 2020, long-term risk aversion investment institutions have also joined the ranks of investors and become investors in digital currencies. There were approximately 1,500 digital currencies on the market in 2018, and today there are more than 4,500.

Such as Bitcoin, is a distributed P2P network system. The consensus mechanism of blockchain and digital currency can automatically execute the agreed computer program, ensuring the efficient and low-cost operation of financial transactions, so that any transaction can be automatically on the blockchain as long as the time is agreed. Relying on shared ledgers and encryption algorithms to ensure that without the help of a centralized organization, the authenticity and accuracy of accounts can be guaranteed autonomously, and point-to-point decentralized transactions are realized immutably and untraceably. At the same time, since all information is equally distributed on the blockchain, the use of digital currency transactions can avoid information asymmetry.

Disadvantages of general digital currency: The currency value is extremely unstable, the price is extremely volatile, and the random and large volatility makes the transaction of its carrier face great uncertainty. Excessive seigniorage, any currency issuance has „seigniorage“ in the Ricardian sense. Whoever has the right to issue currency will have more seigniorage income. Because the initial coin offering (ICO) created an asymmetry between issuers and purchasers, many coin offerings made a lot of money as soon as they went public, essentially pursuing excessive seigniorage.

Such as Libra. Ensure the stability of the currency value through the endorsement of the offline basket of currency assets and avoid excessive currency fluctuations. Form an operating structure that combines centralization and decentralization. From the perspective of circulation, it has billions of users all over the world, and it has a large scale and spread in cross-border payments.

Disadvantages of stable digital currency: If it is used in large quantities, it will inevitably enable the issuer to master a large amount of payment data of users around the world. Who will ensure the privacy and security of these data? Based on a huge user base, it is likely to quickly form a scale advantage, or even a financial monopoly. How to ensure the issuer does not abuse its monopoly position? Such currency may reduce the currency sovereignty of developing countries. If citizens of a country use Libra in large quantities for commercial transactions and cross-border payments, it will seriously reduce the status of the country’s legal currency and at the same time interfere with the country’s central bank’s ability to govern its financial system and execute normal monetary policies.

1. Better performance. The payment efficiency is higher, the cost is lower, the system security is stronger, the operation is more flexible and intelligent, and the privacy is better protected, especially the improvement in cross-border payment will be particularly significant. Central bank digital currency can also provide multiple application scenarios that are difficult to complete with other electronic payments, such as offline payments and large-value payments.

2. Higher security. The operating entities of third-party payment are mainly non-bank institutions, whose creditworthiness is lower than that of commercial banks. The central bank’s digital currency is based on the credit of national entities, has no default risk, and has stronger market credibility.

3. Extensive coverage. The central bank’s digital currency is a public financial infrastructure that is provided to the broadest public at almost no cost. Different from the scope of use of the third-party payment, which is limited by the coverage of hardware and software terminals and the need to have a bank account, the central bank digital currency can be effectively integrated with a wider financial infrastructure. As the issuance volume and scope of issuance expand, it will cover the broadest user group that other payment institutions cannot match.