Start THINKVIEWS Is France Going Too Far In Its Sarcastic National Spirit? 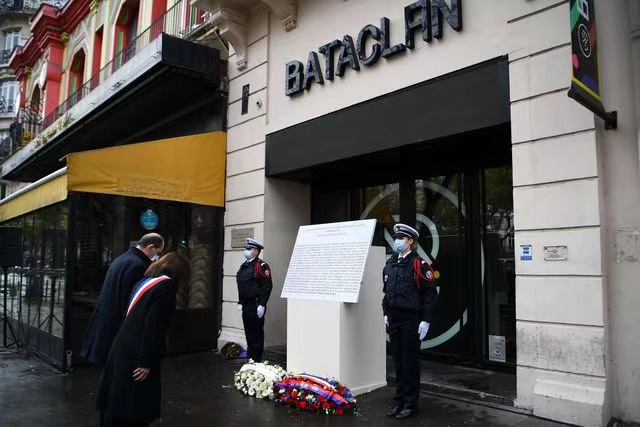 On November 13th, 2020, the mayor of Paris, Anne Hidalgo, and the Minister of the Interior, Gérald Darmanin, Prime Minister Jean Castex went to the Bataclan to honor the memory of the victims who passed away in series of Islamic terror attacks five years ago, and many French citizens also participated the event.

Bataclan concert hall was the main target during the terror attacks, around 90 audiences were killed in the shooting rampage. In that single night, 130 people died, at least 350 injured. Thereby, 11-13-15 indicates the heaviest terrorist attack in French history, a massacre in name of “holy religion”, but for many Islamists, it was an understandable and avoidable consequence for extremely irrespective action and speech from problematic French society, especially some media and presses, such as Charlie Hebdo.

France has the largest Muslim population in Europe, the difference between core values has already put France in social struggles, still bearable ones both for French community and the Islamic community, but since 2015, the conflicts develop in an irreconcilable trend that almost every year France has new terror attacks. All various terror attacks have the same motifs – giving French society a lesson about the importance and necessity to respect Islamism sincerely.

Muslims who have lived in France for generations could have adopted core French values well through the naturalization process, but that doesn’t mean they will behave and think like “original French”. They often seek a balance to practice their religions in personal life and interact with French society properly that none of the parts will be offended. But for some new Muslim immigrations whose whole value of the world is built by the religion, the situation is unbearable in France, in which few traditional French people take religious beliefs especially serious and offer extra respect for it, the majority of French do not give a special position to religion at all, and they can talk about it like any other random topic. The sanctity of religion is not a widely desirable personality here. How to participate in events well with people holding different values here especially when you cannot accept their minds? Especially with French who love debates and try to convince you? That is not an easily solvable issue through a word, it is all about the ideology which can direct people ultimately.

Every time there is a terror attack, the persistence of the French spirit will be explained in detail to let others understand that France is a country full of respect for human rights that politics, religions, capitalism, etc. cannot take the rights of people under their control. France has a thousand-of-year-old history of caricature which appeared at the end of the 14th century, got popular since the 15th century due to massive usage in protests against Pope. After politicians were drawn inside too, ordinary people could only release their anger and hopelessness by making fun of those powerful people during a social crisis, therefore the caricatures were used to promote the spirit of rebellion during the French Revolution.

For France, sarcasm is like the national DNA, being a part of France means to understand it, no matter you like or not. So even acknowledging every detail of a terror attack, French people not only do not adjust their manners and languages but also make more caricatures to piss off the Islamic world more. For them, such a reaction is to defend French core value, compromise represents to give in, and to give up the proud culture. The intention of caricature is never to please certain people or events but to keep the rebellious spirit in everything. However, there are many online comments, from all over the world, pointing out the boundary of current French caricature has become more and more unclear and improper, which is not helpful to solve the necessary problems, but to provoke unnecessary disputes.

In reality, many French cartoonists have faced law-suit cases due to their works as the acceptable line between irony and insult truly varies from the people. Muslim is not the only group who feels offended often by French sarcasm, other groups like Asian, Jewish, Black also has unpleasant experiences, and so-called sarcasm can be very difficult to distinguish from racism or stereotypes. When they talk about the bad experience and hurtful feelings, the feedback is often negative or even ironic that French will classify them as a fragile, too serious, too sensitive, boring and weak person, the worse thing can be causing the difficulties to get well with French as being labeled differently.