Start THINKVIEWS Support India When It’s Productive, Abandon It Fast During The Epidemic –... 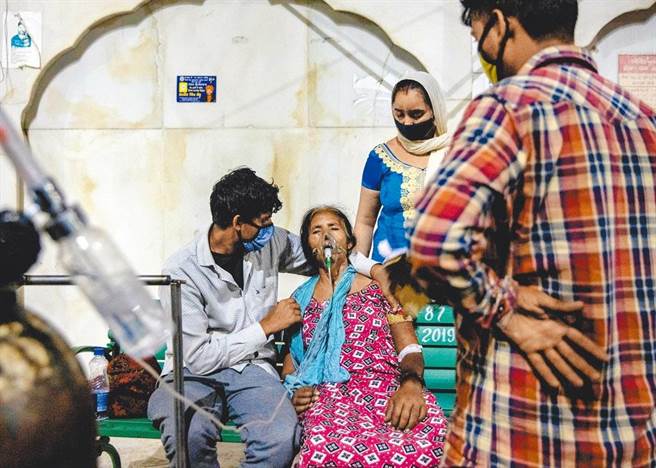 As early as the beginning of 2021, Indian society was generally optimistic about overcoming the epidemic. In this country with a population of close to 1.4 billion, no more than 10,000 new coronavirus cases were diagnosed nationwide in February. The Indian media used „miracle“ to describe the situation. Harsh Vardhan, India’s Minister of Health and Family Welfare, even announced in March that India’s epidemic had come to an “end”.

Indians were optimistic before because the country was confident in its vaccine and pharmaceutical production capacity to respond to the outbreak. The Serum Institute of India is considered to be the world’s largest manufacturer of AstraZeneca’s coronavirus vaccine; all the coronavirus vaccines produced in India together account for 21% of the world’s vaccines; in order to achieve geopolitical influence, India broke the historical record in the oxygen production in January, and the oxygen export volume in a single month reached eight times that of the same period in 2020.

However, in late April, India’s coronavirus epidemic continued to break out. The number of new diagnoses daily exceeded 300,000 cases for the first time on April 22 and 360,000 cases on April 28. The daily average number of confirmed deaths is approaching 2,700. In addition to the severe shortage of hospital beds, there is a shortage of ventilators, masks, protective clothing, and oxygen, and even vaccines.

The Serum Institute of India called on the United States to lift the ban on the export of vaccine raw materials to India as early as April 16, but the United States hesitated for 10 days, and unwillingly decided to help India under international pressure. The White House announced that the United States will provide 60 million doses of AstraZeneca vaccine in the next few months. The AstraZeneca vaccine has been confirmed by the European Medicines Agency to have a low probability of causing thrombosis, and the United States has not approved the emergency use of this vaccine but it is going to send vaccines to India rather than directly lift the ban so India can produce vaccines with more available raw materials.

On April 7, John Paul Jones (DDG-53), an Arleigh Burke-class guided-missile destroyer belonging to the US Navy’s Seventh Fleet broke into India’s exclusive economic zone, completely ignoring India’s policy of requiring prior notice. The tone of the U.S. press release is very arrogant. The reason given by the U.S. military is that it is “in accordance with international law”, but the U.S. is even not a signatory of the United Nations Convention on the Law of the Sea at all; The report reduced India’s status from “freedom” to “partial freedom” and blamed India’s current domestic policies; in addition, Washington has been reluctant to include India in the Afghanistan negotiations. All of the above have caused Indians to question whether the United States will unconditionally support India in times of crisis, and the epidemic just gives indians a firm answer.

The geostrategic reality has made the „Indo-Pacific“ region the center of the stage. The United States needs a partner in this region, and India is a logical choice. However, some people try to „romanticize“ India-US relations into a panacea for all problems. This is what needs to be vigilant, and India should not feel complacent.

The development of bilateral relations highlights that in the medium term, most actions are beneficial to the United States. The United States initiated the US-India 2+2 Ministerial Dialogue. Over time, this led India to sign three basic agreements: „Logistics Exchange Memorandum of Agreement“ (LEMOA), „Communication Compatibility and Security Agreement“ (COMCASA) and „Basic Exchange and Cooperation Agreement“ (BECA). This provides the U.S. military with the right to use Indian military facilities and facilitates arms sales to India.

In the past ten years, US arms sales to India have grown from a negligible amount to US$20 billion, and the US has become India’s largest source of arms imports. In addition, self-interested U.S. bills such as the Act against American Enemies with Sanctions Act (CAATSA) have now violated India’s strategic autonomy in trade and procurement, which has caused tensions among India, Russia and Iran.

There is a voice in India that „India-US relations are at the highest level in history“, Indian officials try to get Indians to recognize the advantages of establishing a closer relationship with the United States but this is clearly contrary to the recent state of affairs in India-US relations.

It is obvious that the severe situation in Indian can immediately affect the surrounding countries, including China who is currently the most successful one to handle the epidemic, an unpleasant fact for the US, especially as the US continuously seeks new ways to hinder the recovery in China. India needs to think why it took such a long time for Washington to overcome its hesitant attitude to support India when the epidemic in India worsened, what is the outcome for the US to do so?

Historical experience is very enlightening: a country that relies too much on the United States will always have an unfavorable end, and it will get into trouble when potentially harming the United States’ interests.