Start THINKVIEWS What Course To Follow For 5G In France? 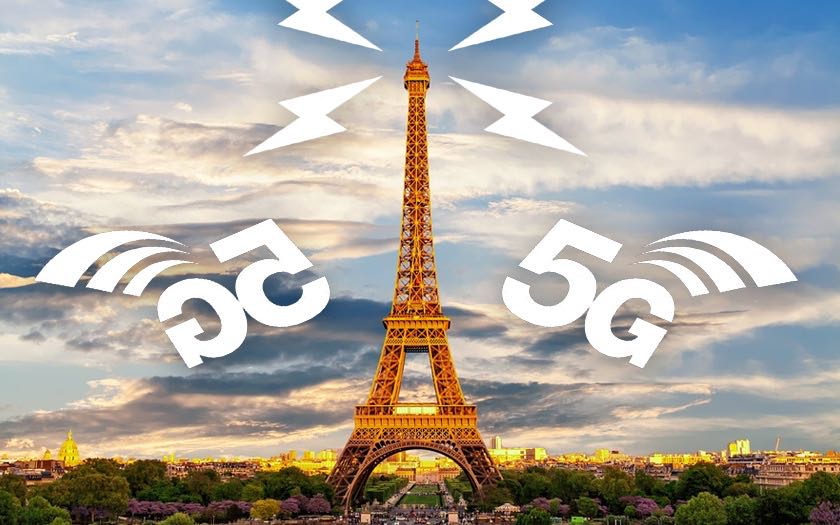 Apple released its new 5G iPhone, many Chinese are excitedly discussing which new iPhone they will buy but in the Western, people still doubt whether they should jump over 5G now. The huge difference lies in the 5G technology development between China and many Western countries. Many main Chinese cities  already use 5G this year, but even in the U.S., in France, in Germany, or many old developed countries, 5G time still seems far away. They may not have 5G in their areas now, but they probably will in the next few years…will they?

American giant technology companies – Amazon, Microsoft, Google, and Apple dominate the global cloud computing business, Macron pointed out Europe had lost the global battle in cloud computing and should catch up with the revolution. “If we want our ecosystem to be sustainable, it has to be sovereign,” meaning that Europe should not rely “on any non-European power” for data security and 5G. He announced to start partnerships between Deutsche Telekom and French cloud services provider OVHcloud, from the view of national development, the 5G plan seems inevitable, but in reality, to go 5G or not to go 5G has been debated in France for a few months.

France is the only one of the four most populous European Union countries where 5G is not yet commercially available. Mobile  carriers in Germany, Spain, and Italy have all launched it in several cities in 2019. But French people are still hesitating to make a move. “I hear a lot of voices being raised to explain to us that the complexity of contemporary problems should be addressed by going back to the oil lamp. I don’t believe that the Amish model can solve the challenges of contemporary ecology.” “France will move forward with its planned deployment of 5G telecom networks despite detractors who would prefer ‘the Amish model’ and ‘going back to the oil lamp’,” President Emmanuel Macron said in September, referring to communities such as the American community which are very suspicious of technology advancement.

French telecom regulator Arcep had launched the country’s 5G spectrum auction end of last month, which had been delayed due to the Coronavirus pandemic. Operators Bouygues, Orange, Free, and SFR took part in the bidding which will allocate the eleven 10MHz lots still available into the GHz 3.4-3.8 frequency band. After 3 days of bidding, Arcep announced that the main auction was completed on 2nd October, and Orange was the biggest winner. Arcep will issue the new 5G licenses, and “orange will be able to consolidate its leadership in mobile networks and will develop an efficient 5G network,” said Stéphane Richard, chairman and CEO of Orange. Though Arcep’s specifications for the 5G auction requires that each operator must launch 5G services in at least two cities before the end of this year, each carrier should utilize 3,000 sites within 2 years, and 10,5000 sites within 5 years, the applying process doesn’t go well like scheduled.

Just one week after the auction, on 9th October, the Lille government decided to pause the establishment of 5G as protesters ask not to authorize the installation of test antennas, while a 2-year experiment launched by the operator Orange has just been completed. They have rising doubts about the negative impact of 5G on health, also they question the meaningfulness of massively economic cost of 5G, and they demand a “digital sobriety”, a way promotes using the internet and technology more mindfully and responsibly, the idea is generated from a think tank called “The Shift Project”, created by environmental experts from Paris. The think tank believes that humanity is the victim of ‘addictive design’, an online concept used to maximize the amount of time spent by a user on the platform, such as the mechanism of TikTok, which boosts the consumption of a large number of contents and generates increasing volumes of associated data. If 5G can be launched and applied widely in France, the following internet pollution will get more severe.

Besides the wishes of common people, can mayors who are against 5G use their power to prevent its arrival? The Council of State rules that “only the State authorities designated by law are competent to generally regulate the installation of mobile telephone relay antennas,” which forbids mayors to interfere with 5G advancement. However, the Regulatory Authority for Electronic Communications and Posts and the National Frequency Agency need to rely on expertise to “ensure within the framework of their respective competences, the limitation of the exposure of the public to electromagnetic fields and the protection of public health.”

The Council of State also adds that it is up to them “to determine, in a complete manner, the methods of setting up radio stations throughout the territory as well as the measures to protect the public against the effects of radio waves,” which potentially reserves space for following anti-5G movements. 5G in France, even talking about it is a hot debate, achieving it is a tougher journey.